SAMUEL L. JACKSON TELLS VOTERS TO "WAKE THE F**K UP" 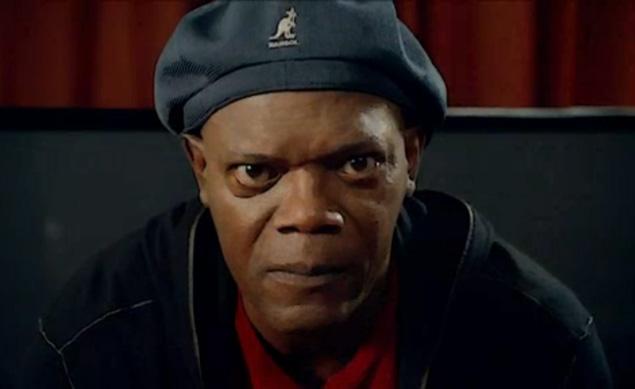 In “Wake the f--k up,” the star of "Pulp Fiction" and "Snakes on a Plane" spoofs children’s books to deliver a very grown up political message.

The ad was paid for by the Jewish Council for Education and Research (JCER) and written by Adam Mansbach, who also penned a hit children’s book for adults called “Go the F--k to Sleep.”

Jackson, who also narrated the “Go the F--k to Sleep” audiobook, helps a little girl tell her family to “wake the f--k up” and support Obama in the liberal Super PAC’s video.

Jackson narrates that the small town home of the story’s heroine, “little Susie,” has become complacent since 2008 when they volunteered and campaigned for Obama’s election.

Now it's as if they don't know what’s at stake — all except one girl wide eyed and awake,” Jackson continues.

“She read his platform. It scared her to death. She’s got to do something while there’s still time left,” Jackson says, as Susie bolts up in bed.

Jackson then joins Susie in her living room to demand that her parents “wake the f--k up” and campaign against Romney.

"Sorry, my friend, but there's no time to snore,” Jackson tells the startled couple. “An out-of-touch millionaire just declared war. On schools, the environment, unions, fair pay — we're all on our own if Romney has his way.”

Jackson goes on to help little Susie browbeat her older sister and brother into volunteering for Obama.

Jackson even interrupts an intimate moment between the girls' two elderly grandparents to deliver his demand — calling Romney and Paul Ryan “fact-duckers” (and then using a creative rhyme) to make his point plain.