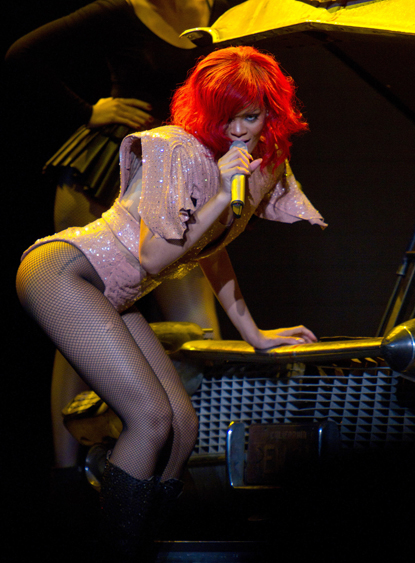 Brown allegedly called Rihanna wack over twitter. It seems like since Kanye has been the next best thing to twitter since the trending topic #Lilmamais (I still crack up at that) every celeb wants to control their own twitter account. Rihanna decided she wanted to take control on twitter and sent out a tweet letting it be known there will be no more corny label tweets. After that Chris Brown tweeted. Twitter just got wack! Now this could be a reach because lord knows what he was talking about. #imjustsayin innocent until proven guilty.