LMAO! PARIS HILTON WENT FROM IT'S NOT MY PURSE TO ONE OF MY FRIENDS SLIPPED THE BAG OF COKE IN THERE! 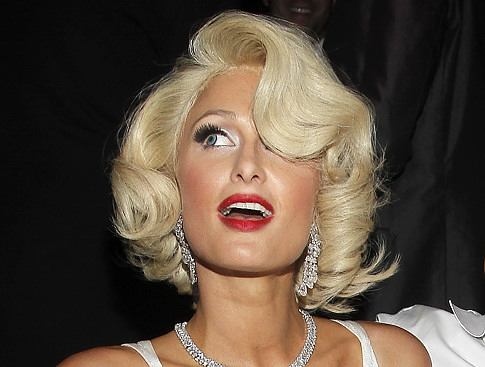 Paris Hilton is telling her friends the cocaine Las Vegas cops found in her purse was not hers -- it was probably her girlfriend's.

Paris' close friends are telling TMZ ... Hilton now says one of her friends recently borrowed the purse in question and "probably" put cocaine inside. Paris says she got the bag back but never checked the contents.

It's slightly different from the "It's-not-my-purse" defense, but it's the same theme.

Paris is telling friends, "I had no idea the cocaine was there. I swear on my life."

According to Hilton, she was eating sushi at the Wynn hotel with boyfriend Cy Waits, sipping a little wine. Paris says she was tired and Cy offered to drive her home and then return to the hotel to work.

Paris is telling friends, "It could be a setup. Everyone knows how against cocaine I am."

And there's this ... Paris is saying she believes the cops who stopped the car were "star-struck and blew the whole thing way out of proportion."

Hilton is telling friends she's "not worried about it," TMZ reports.

The heiress was arrested Saturday for cocaine posession when police saw her drop a bag of drugs from her purse.

Hilton, who has already had two drug-related brushes with the cops this summer, doesn't think the bust was a big deal, according to TMZ.

After the arrest, the blond bombshell wowed fans with a suprisingly stunning mug shot.

It turns out the pretty photo was no fluke -- Hilton spent the afternoon getting glam at a luxe Las Vegas salon.

Hilton had her hair freshly highlighted for the night on the town, and posed for photos with stylist Boychuck, UsMagazine.com reported.

Though the hotel heiress is remaining relaxed about her situation, E Online reports her arrest could have easily been avoided.

Alicia Jacobs, a Las Vegas entertainment reporter, tells E that after interviewing Hilton she offered her a limo to use for the rest of the night.

"No," she told Jacobs. "My boyfriend [Cy Waits] will be driving us tonight."

Hilton and Waits were both taken into custody after being pulled over for the "vapor trail and the odor of marijuana" coming from their Cadillac Escalade.

It was while police were questioning Waits that they discovered Hilton was hiding drugs.

Waits was arrested for driving under the influence.