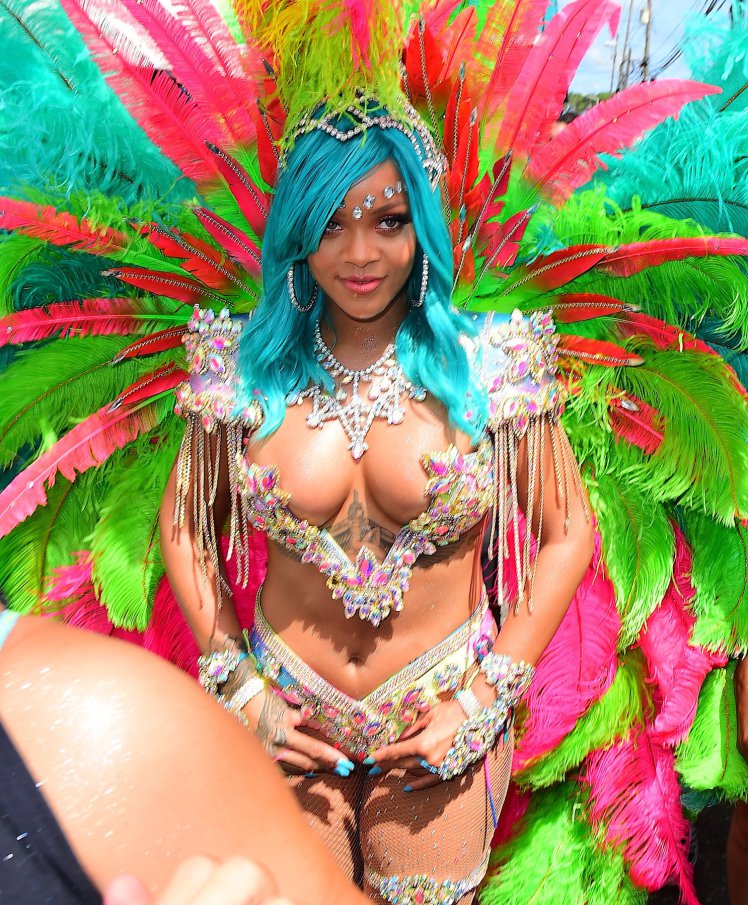 Rihanna has been accused of a photoshop fail in a saucy snap from her carnival outing – after fans pointed out she has an “extra thumb” in the pic.

The superstar posed wearing a barely-there showgirl get-up for the Instagram snap, but if you look closely she has an alien-like right hand, with two blue thumbnails, apparently due to an editing glitch.

One observant fan commented “Why does her thumb got two nails”, with another adding “am i the only one seeing two nails coming from her thumb”. 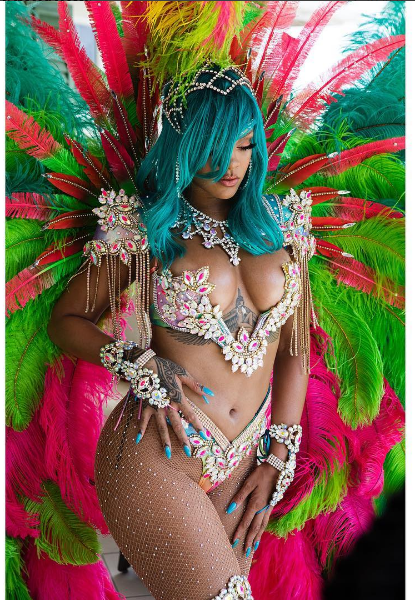 The beautiful portrait blue-haired Rihanna posted on Instagram was captured by photographer Dennis Leupold who is yet to comment on the accusations.

It was taken at the Crop Over Festival’s Kadoonment Parade in Barbados, an event which 29-year-old Rihanna attends every year.

The photoshop scandal follows Rihanna’s recent battle with online body-shamers, including a journalist who called her fat.

The We Found Love singer’s mutant hand did not put her ex Chris Brown, 28, off the picture, however.

He posted a flirty, ogling emoji in the Instagram comments which riled RiRi’s fans.

Many told him to stay away from the star after he was charged with assaulting her back in 2009, with one blasting: “Please keep your negative energy away from Rihanna @ChrisBrownOfficial.”

Meanwhile Rihanna has been called a pop hero once again after a hilarious story about her dissing DJ Diplo’s music emerged.

In an interview with GQ, Diplo revealed that Rihanna not only turned down the chance to sing on Major Lazer’s “Lean On,” snapping “I don’t do house music”, but also smacked down one of Diplo’s recordings.

The star, who’d already listened to hundreds of songs, deadpanned: “This sounds like a reggae song at an airport.”

Rihanna responded to the “airport” diss report by posting her own Instagram reaction, writing: “#DutyFree My bad @diplo.”