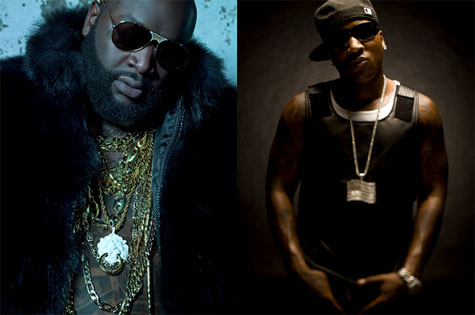 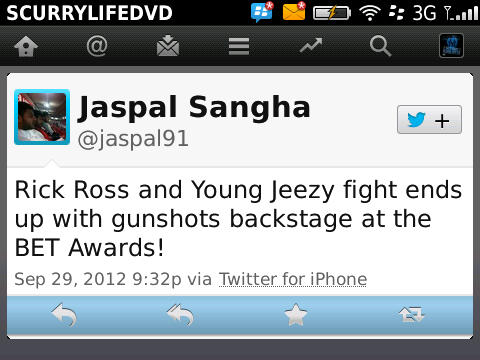 Rick Ross & Young Jeezy gets into a fight backstage @ the BET Awards! Not sure what happened because I'm not there! But a little birdie told me Rick Ross slammed Young Jeezy! It's been a long time coming!

Here's what TMZ is saying:

A fight broke out backstage at the BET Hip Hop Awards tonight between Rick Ross and Young Jeezy that resulted in shots being fired .. sources at the awards tell TMZ.

According to our sources, Ross and Jeezy exchanged words backstage and started pushing and shoving each other. We're told BET security and bodyguards for each of the rappers eventually separated the two.

Our sources on the scene say that after the fight had been broken up, a member of Rick Ross' entourage pulled out a gun while in the parking lot and shots were fired. It is unclear if the man was arrested.

We're told Jeezy and Ross are still at the awards, which are being taped tonight in Atlanta and air next month.