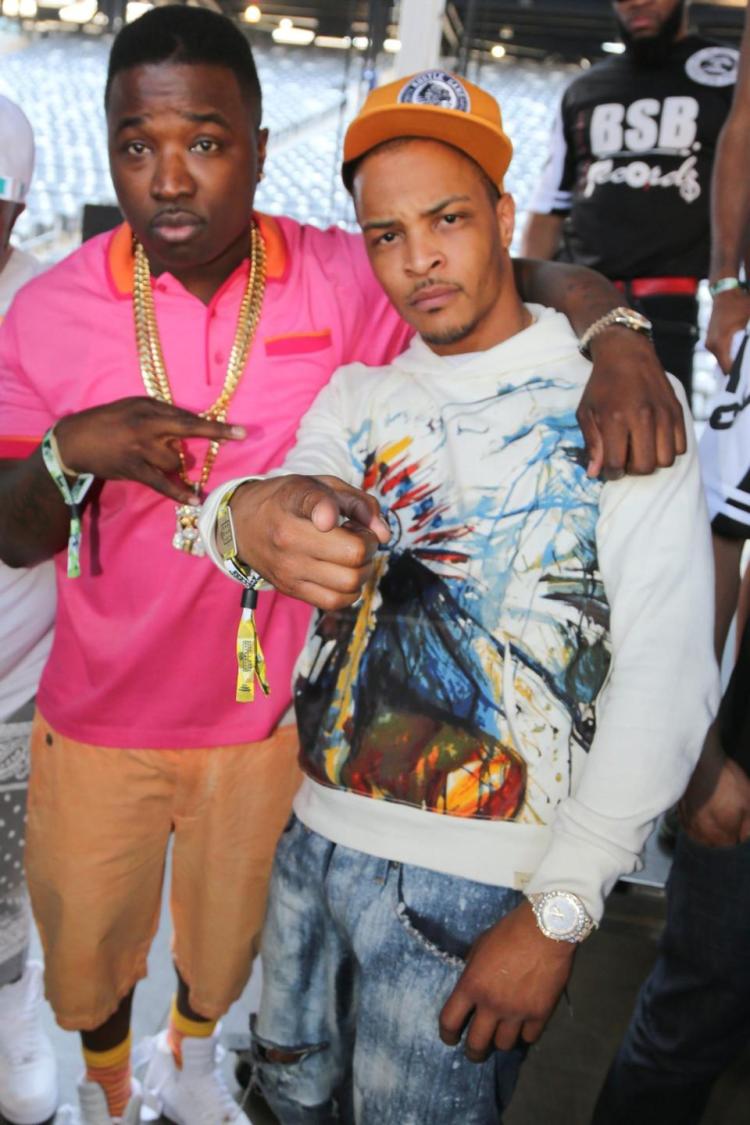 An up and coming rapper from Brooklyn with a beef was charged Thursday with opening fire backstage at Irving Plaza during a T.I. concert, killing one and wounding two others, police sources said.

Troy Ave, of Crown Heights, accidentally shot himself during the chaos in the leg, sources said. He was charged with reckless endangerment and illegal weapons possession, according to sources.

Troy, who was to perform at the show, had a beef with Maino, who had just left the stage when at least five shots rang out, sources said.

“There is clear video, very graphic video. He walks right out, women all around, and starts shooting his gun,” a source said.

"It's an ongoing rap group rivalry, him and Maino."

Police said they were awaiting the result of ballistics tests before charging Troy Ave with murder.

It was unclear why Troy Ave allegedly gunned down Ronald “Edgar” McPhatter, who was said to be close to the rapper.

Earlier, McPhatter’s mother slammed Troy Ave for not calling to offer his condolences.

McPhatter died doing what he’d done for many years — looking out for Troy Ave, the victim’s mother, Rose McPhatter said at the Gowanus Houses.

“He actually cared a lot about Troy Ave. My wish is that Troy Ave cared as much about my son as he cared about him. I say that because I watched how my son would always bend over backwards to help him,” Rose said.

The East Flatbush-based nonprofit seeks to end to street violence.

“There is no way I can answer all the texts and calls. ... please give me a few,” Shanduke wrote on Facebook, along with a photo of his brother.

Court papers show that Edgar McPhatter had a pending charge for attempted murder in connection with a shooting at a Flatiron bar in November.

Detectives were combing through video from the venue and talking to witnesses — though many in the rappers’ entourages were not cooperating.

“The investigation is moving forward very rapidly, and we expect to close it quickly,” Police Commissioner Bill Bratton said on "The Len Berman and Todd Schnitt Show" on 710 WOR radio.

Chief of Detectives Robert Boyce said Maino had just finished performing when a brawl broke out in the second-floor greenroom around 10 p.m.

An Irving Plaza employee told the Daily News the beef was between Maino and Troy Ave’s crews. Boyce did not confirm the two performers were at the center of the showdown.

A rap producer familiar with both musicians said Maino is from Bedford-Stuyvesant and that Troy Ave. was born in Bed-Stuy, but grew up in Brownsville. 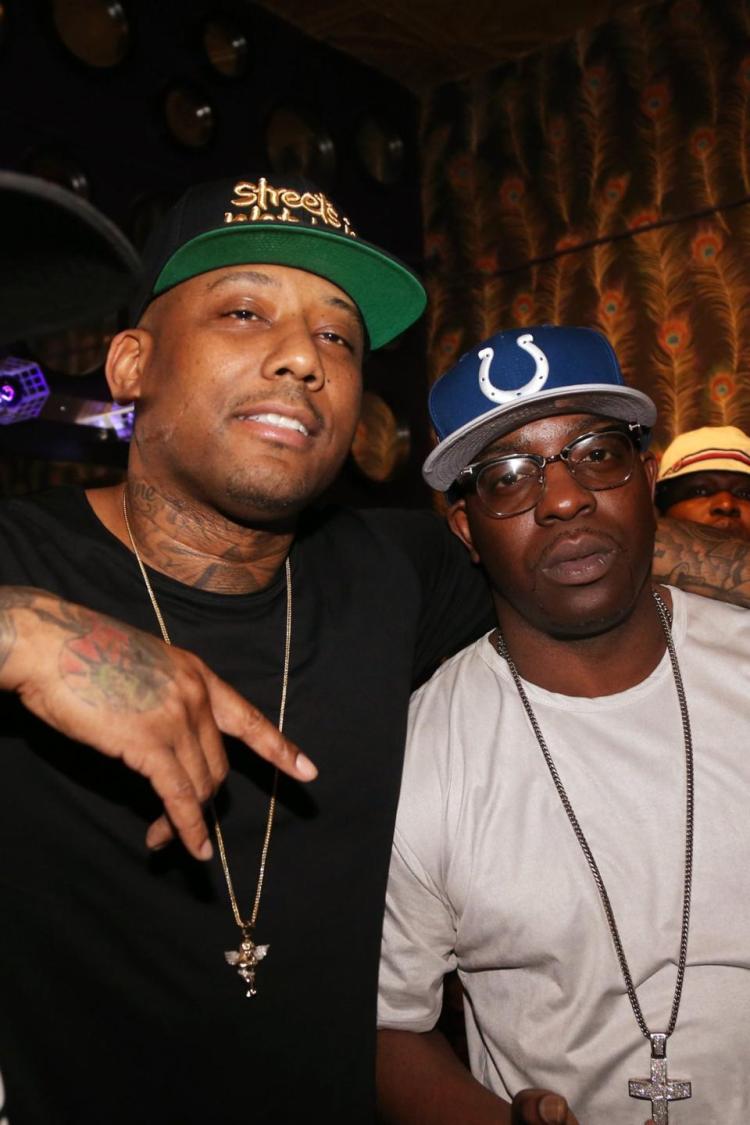 "Bed-Stuy and Brownsville, it's like mixing oil and water,” the producer said.

The fight began as “fisticuffs,” Boyce said, before someone fired at least five blasts from a 9-mm handgun.

“It went on for about five minutes. People were shot,” Boyce said.

The gunfire turned the crowd into a stampede. Concertgoers scrambled over furniture, bolting for the exits.

“People were running and stomping over one another,” said Rodney Molina, 37.

McPhatter was shot in the stomach, stumbled downstairs and collapsed near a bar. He later died at Mount Sinai Beth Israel Hospital. 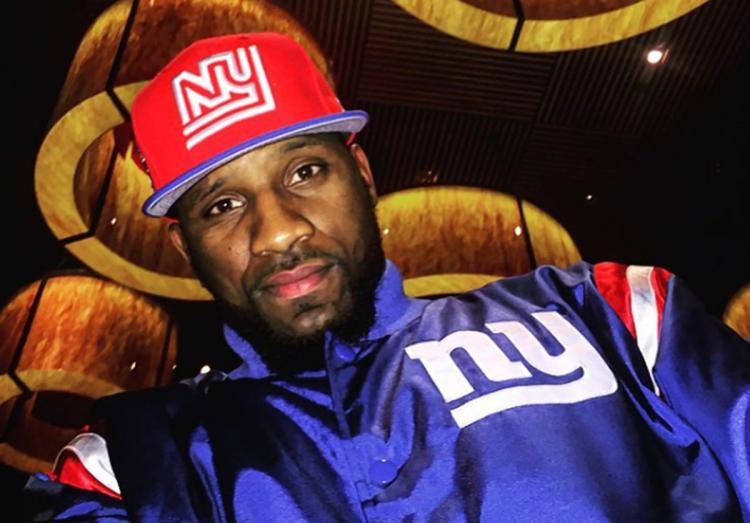 Troy Ave, 30, whose real name is Roland Collins, was shot in the leg and driven to NYU Langone Medical Center in an SUV, sources said.

“He's part of the rap posse that was there last night,” Boyce said of Troy Ave, who had not taken the stage.

One bullet went through the floor and struck Christopher Vinson, 34, in the abdomen.

Reached on the phone at Bellevue Hospital, Vinson declined to comment in a hoarse voice.

Maggie Heckstall, 26, shot in the leg, was also treated at Bellevue, where she was visited early Thursday morning by 50 Cent.

Boyce said police were investigating how the firearm made it inside the venue. Metal detectors were in the building, he said.

A revolver may also have been involved in the mayhem, Boyce said.

Bratton lamented that investigators were not getting full cooperation from witnesses.

"It's unfortunate the gangster rap world is still an issue we're dealing with. The gangster lifestyle if you will.”

The entourages for the performers weren’t eager to assist investigators.

“A lot of them are not talking, as is usually the case,” Bratton said.

Boyce, on the other hand, said “People are coming forward with some stories."

Mayor de Blasio was reluctant to say rap music was somehow a factor in the shooting.

“I think rap like any other genre is very, very diverse. I am relatively current because of the musical chooses of Dante and Chiara, so I hear a lot,” he said, referring to his children. “And some is thoughtful and socially conscious. And some I find distasteful. But I could say that about a lot of genres.”

Neighbors of McPhatter’s mother in the Gowanus Houses lamented the death, praising the ripped personal trainer and bodyguard as kind-hearted and thoughtful.

"He was a really good dude. He was one of the good guys out here. They were trying to get guns off the street,” Miguel Collazo, 37, said.

“It's sad to lose someone like that, especially doing what they were doing, just going to a concert.”

Emanuel Thomas, 48, said McPhatter was well known around the neighborhood and generous with his time. McPhatter had tried to help him land a job.

Rose McPhatter said she did not always care for the people her son — one of five kids, including two sets of twins — hung out with.

"He was raised in the church but sometimes you meet the wrong crowd,” she said. “He loved everybody he had a big heart but having a big heart sometimes can be a curse. Sometimes it will lead you to the wrong people."