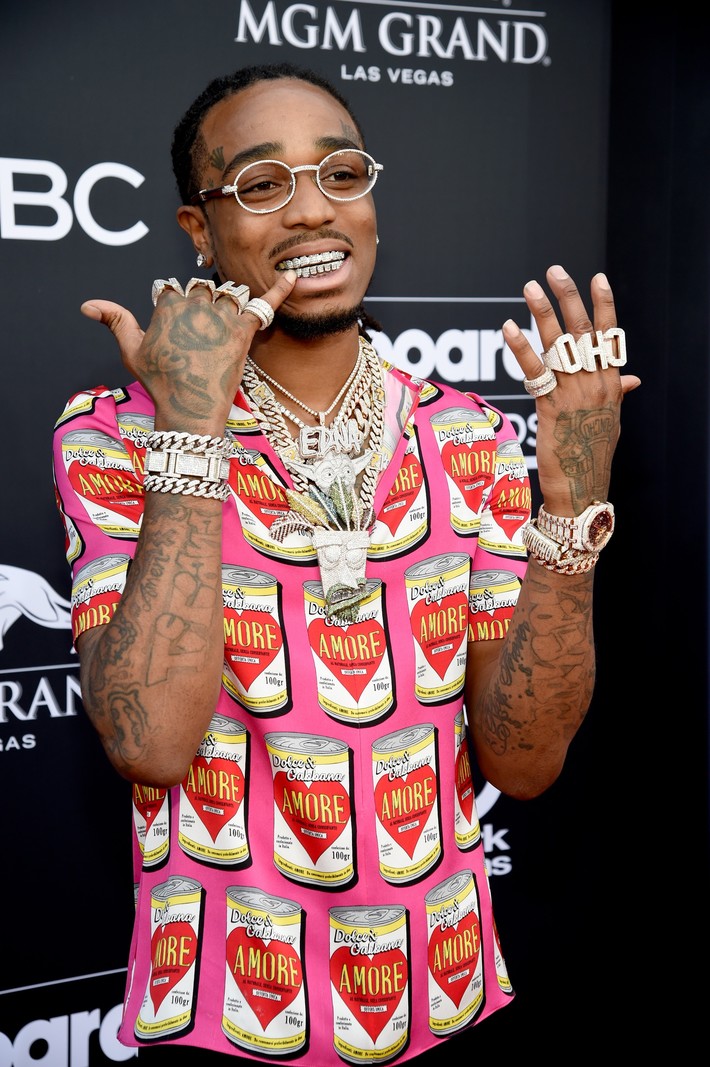 “I’m looking for a superstar,” the “Pick Up” artist shared with Page Six. “Someone who has the ambition, someone who’s willing to learn, but also knows what they bring to the table. Someone unique and real.”

Most importantly, Quavo is looking for someone willing to put the effort in, adding, “they have to have that mamba mentality — RIP Kobe — and be ready to work.”

The Atlanta native added that singers should be prepared to “adapt” and be willing to push themselves past their comfort zones.

“Make sure your voice is as powerful as the ones spitting bars, and just no complaints,” Quavo warned. “Sometimes, being a singer, even I complain — like, ‘my voice ain’t right today’ — but it’s really important to bring it every time with no excuses.”

Prizes for the winner include an original hit song crafted by the judges, an accompanying music video, and a major record label and management deal of up to a year. With the necessity of major labels constantly being questioned since the rise of online distribution, Quavo understands the appeal of indies but maintains majors still have their place.

“Major labels can help you out financially, they can get your records spins and they make connections you never thought you could get, if the song alone isn’t making that connection,” the hit-maker argued. “When a record is super, super big and just undeniable, you may not need a record label, but sometimes you just need an extra push, and that’s where the label comes in.”

But Triller’s show — with its vertical vids and Boost Mobile sponsorship — is undeniably a part of the modern era of the music industry, which Quavo understands firsthand.

“We were a part of that early streaming era and a part of social media before it became what it is now, so we’ve seen how things have changed,” he said. “Social media helped us a lot. We were discovered off the internet and [then] a lot of our songs and videos went viral. If it wasn’t for the internet, we probably wouldn’t be here today.”

And as for his role in the judging dynamic, the musician has no problem going Simon Cowell on contestants.

“I’m going hard, I’m not sugar-coating nothing,” Quavo established. “You better come with that s–t, you hear me?”