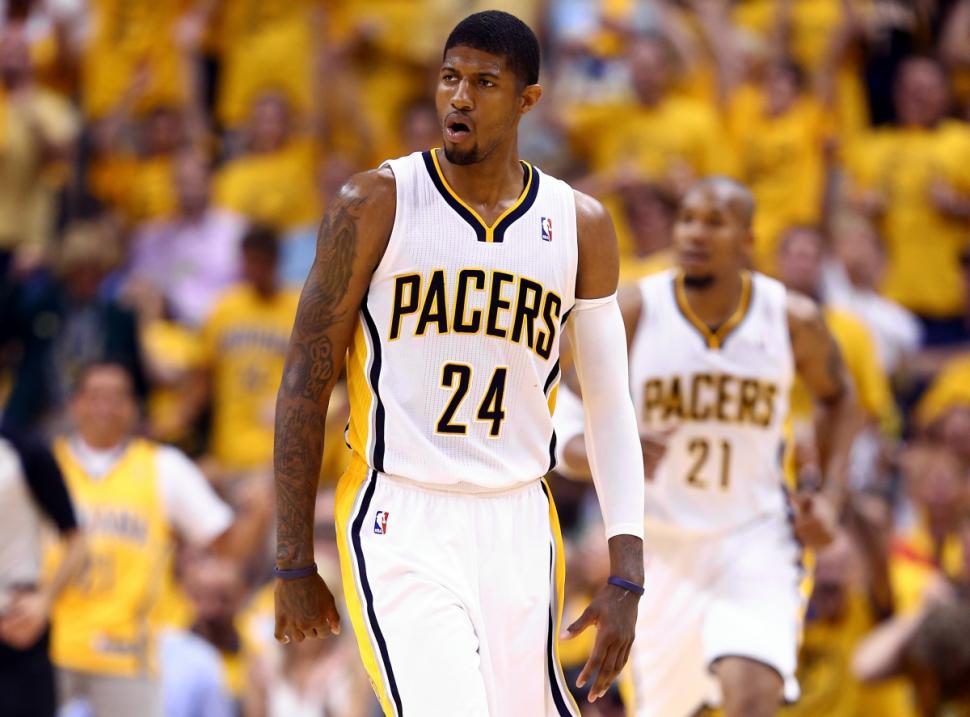 His scoring on the court saved the Indiana Pacers' season Wednesday night --- but his scoring off it has landed Paul George in legal trouble.

A former stripper slapped the NBA superstar with a paternity petition charging that he's the father of her 4-week-old daughter, Olivia.

George scored 21 points in the fourth quarter to lead the Pacers to the win and stave off elimination.
"Congratulations for doing a good job last night," said Rajic's lawyer Raoul Felder. "Hopefully, he steps up here as well."

Rajic, who used to dance in a Miami strip club

met George in the Sunshine State last summer and the pair struck up a relationship, a source said.

The 24-year-old got pregnant, and they broke up. Felder said Rajic moved to New York during the pregnancy to stay with family.

Olivia was born May 1, and a private paternity test revealed George was the father.

The paternity petition seeks a court-ordered DNA test and a legal declaration that George is the dad.

Felder said George has met the baby already, voluntarily paid Rajic's medical bills and has made some other payments.

A rep for the hoops star said, “As Paul has said all along, if and when the legal process confirms that the baby is his, he will fully embrace his responsibilities as a father and provide emotional and financial support to the child.

“The process has been amicable and we hope it will continue to be until this issue is clarified.”

The case will be heard before Manhattan Supreme Court Justice Matthew Cooper, but no court date has been set.

He was in-love with a stripper…….