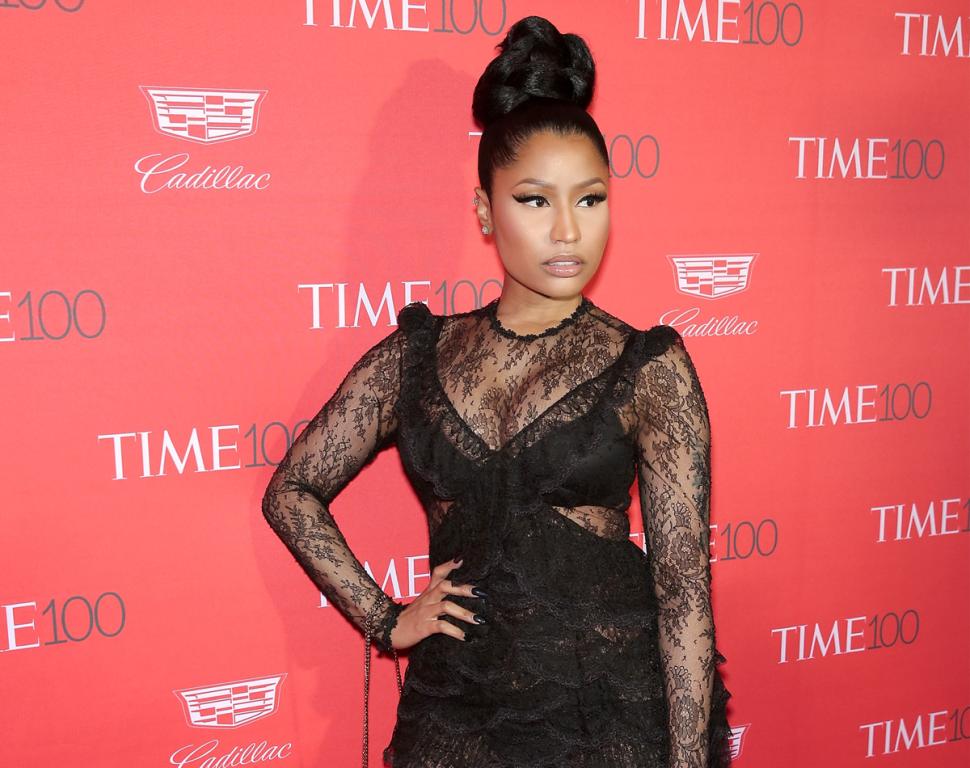 Though Time highlights 100 influential people per year, the guests of the magazine’s annual gala found themselves repeatedly mentioning one honoree in particular.

“Can I just take a pill and wake up in mid-November, and just hope the president isn’t that guy?!” said author John Green at the Tuesday night event. That guy, Donald Trump, only made a brief appearance at the dinner — upon learning that he had won the evening’s five primary elections, he stood up and shook the hands of all of his tablemates and swiftly left the Jazz at Lincoln Center ballroom with wife Melania after Ariana Grande’s opening performance.

As he headed to his post-election press conference, Trump missed inspired speeches by Ford Foundation president Darren Walker, Congolese gynecologist Denis Mukwege, and Formula One racer Lewis Hamilton, who led a toast to Prince, “arguably the best artist of all time.” He also missed Melissa McCarthy’s comical salutes to fellow honorees Grande (“Singing out of that little tiny body, I don't know how that works”) and geneticist Kathy Niakan (“I have always loved a garden gnome”).

Still, Trump remained top of mind, as Caitlyn Jenner mentioned the buzzy bathroom bill and how the GOP candidate told her to use any bathroom she wanted to while in the Trump Tower. “I went in there, I obeyed all the rules — I promise you, I didn’t throw any feminine products down the toilet — and it actually worked out quite well,” she told the evening’s attendees, including Trevor Noah, Matthew Weiner, Jenji Kohan, Julia Louis-Dreyfus, Karlie Kloss, Diane Paulus, Priyanka Chopra and Lester Holt.

Yet it was Nicki Minaj who closed the ceremony with a loud, albeit confusing, mention of Trump. After performing “The Crying Game,” “Feeling Myself” and “Truffle Butter” — complete with Jenna Lyons, Padma Lakshmi and Norah O’Donnell dancing together in front of Aziz Ansari, Gina Rodriguez, Alexander Wang and FKA Twigs — she paused for a moment to salute the attending “independent women” who “got your own money in the bank” and “don’t need a man to buy you a car or a house.”

Minaj then said, "I'm very political, and I would like to dedicate a song, just in the spirit of unity, to Joe Biden and Donald Trump." That song was "Anaconda," and she kicked off the first verse with Trump’s name and the second verse with Biden’s, complete with the track’s now-signature dance moves. Afterward, the musician polled: "Do you think they like that song? Who do you think likes the biggest butts, Donald Trump or Joe Biden?"

To those who did remain in the room until the end, Minaj made one last remark before performing her "Super Bass" hit: “Keep striving to the top, keep being the best you can be, and kick ass next year too.”