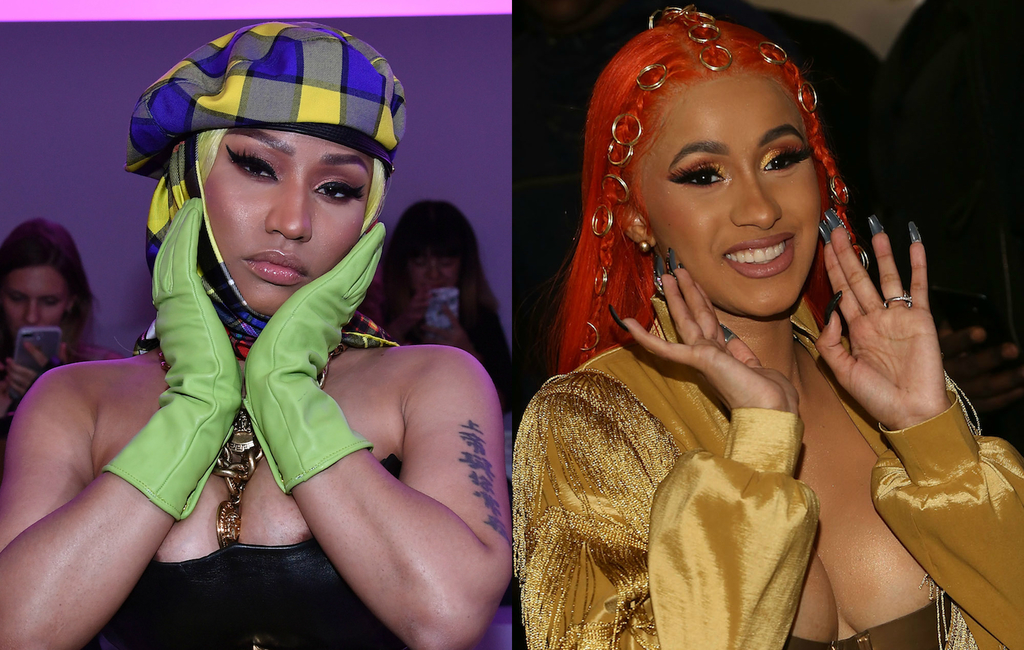 So while the duo were going at it on social media, both Bill Wackermann, the CEO of Wilhelmina (the modeling agency that represents Nicki and cast the entire Diesel campaign), and Steve Madden stepped into the fray, ostensibly in an attempt to set the record straight.

It all started when Cardi claimed in a video that she was offered the Diesel “Hate Couture” campaign before Nicki, but turned it down to work on other projects. Wackerman responded to a post of the video on The Shade Room, writing, “Tell the truth Boo! That Diesel deal was built AROUND the one and only Queen. #truthwillsetyoufree – I’ve got the receipts.” Minaj later chimed in on the same post, “Poor baby has no idea fashion nova asked me to do that deal she had for over a year.”

Wackermann then posted a screenshot of his text conversation with Minaj where he writes, “I prefer to avoid to create any tension honestly, I can only tell you we never made any firm offer because this I would have know [sic], I prefer not to pen a conversation on this honestly.” Spurring Cardi to post some receipts of her own on her Instagram account in the form of an email from Diesel making her a preliminary offer to create a capsule collection. She captioned in the screenshot, “BOOM diesel receipts…. oh and by the way sis everyone has fashionnova deal [sic].”

Nicki also tweeted about Cardi’s shoe campaign, writing, “Same thing with Steve Madden. Irv Gotti asked me to do the deal several times. I passed. You never hear me talking bout things like this.”

Then, on Tuesday, Steve Madden added its two cents, tweeting from the brand’s account, “@NICKIMINAJ you can’t turn down an offer that was never made. #StopLying.” 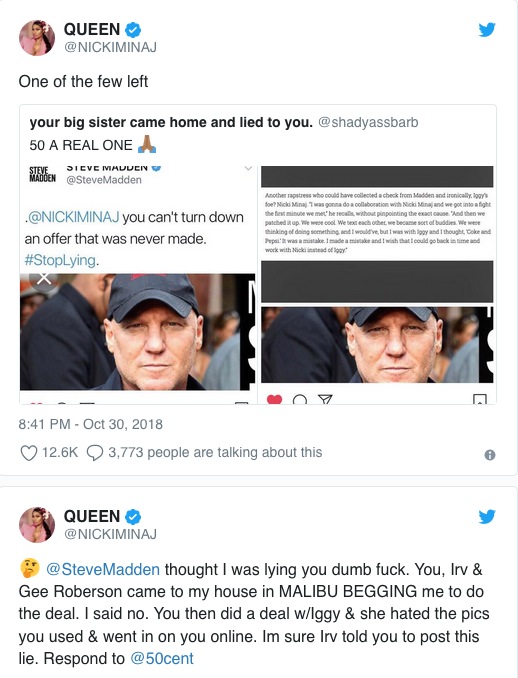 Fashion Nova, on the other hand, has remained notably (and probably wisely) silent throughout this whole ordeal.

In other news, Cardi B says where is the footages of her getting her ass beat?