MOM WHO HACKED HER 2 DAUGHTER'S TO DEATH SAYS A GHOST DID IT! 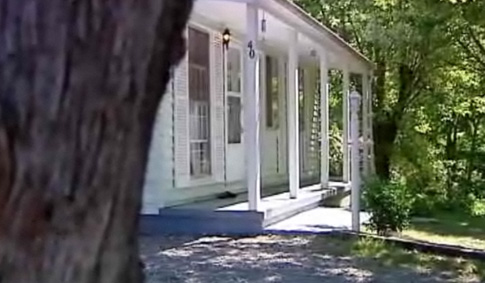 A suicidal mother who brutally murdered her two young daughters with a hatchet in North Carolina this weekend said a "ghost" killed her children, authorities said.

Naiyana Gauri Patel made the claim to a police officer after a failed attempt to kill herself after the slayings, the Asheville Citizen-Times newspaper reported Monday.

The 33-year-old struck herself repeatedly in the head with the hatchet shortly after killing 4-year-old Piya and 7-year-old Jiya in her Asheville home on Saturday, court documents obtained by the Citizen-Times showed.

The woman went on the bloody rampage shortly after her husband, Lalji, left for work, police said.

Neighbors watched him wave to his family as he drove off on his scooter, the Citizen-Times reported. Shortly afterwards they heard screams.

Lalji, who owns a nearby convenience store, returned home an hour later after an employee he'd sent to pick up his wife and kids received no answer. He was in a state of shock when he called 911.

"My daughter is dying," Patel yelled in a recording released Monday.

After police and emergency personnel arrived, Patel told an officer "the ghost killed her children," and she did not want medical treatment for her injuries, court documents stated.

Authorities rushed her to the hospital, where she is recovering after undergoing surgery for her wounds.

Relatives said Patel suffered from depression after a recent pregnancy ended prematurely, and was taking medication.