The rapper defended himself from the criticism in a series of social media posts on Thursday. He compared the backlash to mind control and claimed that the haters fell for a narrative against him.

"Somebody promo a narrative and y'all follow it.... y'all internet antics cannot stop me ....s**t like zombie land or something! Lol," he tweeted.

"They paying to influence y'all now ... its almost like mind control 'wake up,'" he added.

According to E! a few of the lyrics to the unreleased track leaked on Wednesday, and critics deemed it disrespectful and insensitive. One line reportedly read, "This b***h I'm f***in' always tell me that she love but she ain't ever showed me. Yeah, and if I ever lack, I'm goin' out with my chopper, it by another Kobe."

Washington Post sports enterprise reporter Michael Lee called it "disrespectful" for Meek Mill to be referencing Bryant's death too soon. After all, it has only been a year since he died in a helicopter crash along with his 13-year-old daughter Gigi and seven others.

"I don't know when I'll be ready to hear a song that references Kobe, but I know it ain't now & I know that line Meek Mill just dropped ain't it. Let that man RIP a little longer & the next man who wants to try, work a little harder to ensure that your bar isn't so disrespectful," he tweeted.

A fan suggested that the 33-year-old "Dreams and Nightmares" hitmaker should apologise if he really does not mean any harm with the lyrics.

"Bro, Even if you're right, the response should be different. Just say: I'm sorry if the lyrics caused harm or triggered anyone because it wasn't intended to do so. It was a vulnerable & real line that happened in the moment. I will try to be more cautious going forward. Thanks," the fan wrote.

It is unclear if he plans to release "Don't Worry (RIP Kobe)" given the backlash it received.

Meek Mill posted the pic below: 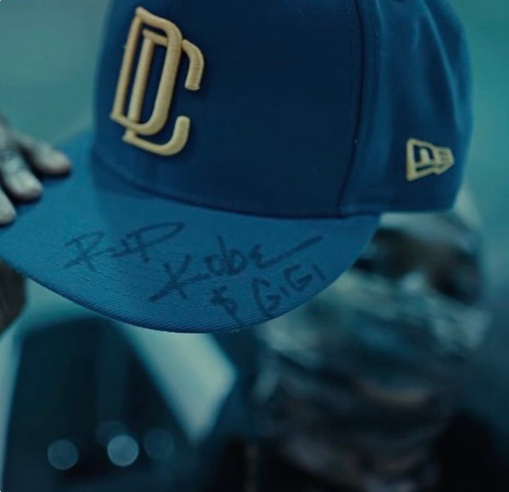