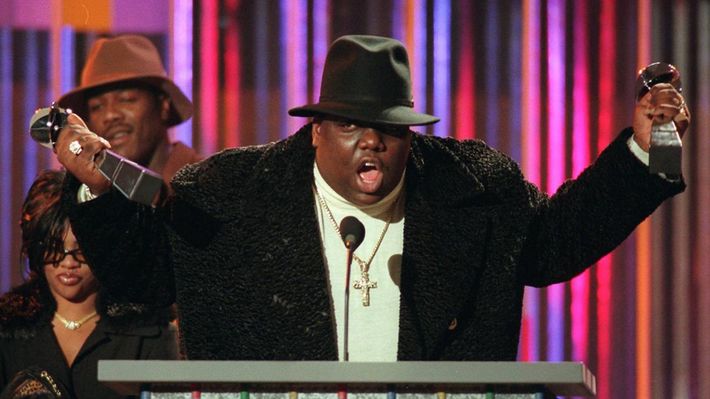 New York City Mayor Eric Adams saluted Brooklyn icon The Notorious B.I.G. at City Hall this past Thursday ahead of what would have been Biggie’s 50th birthday. On hand in City Hall was C.J. Wallace, the song of Biggie, and Chief Advisor Dr. Ingrid Lewis-Martin. Adams spoke to the impact of Biggie’s life and the work that he created that lives on today. “Biggie Smalls is truly an icon. All of the elected officials, from the top executive in New York City, the public advocate and our attorney general, all grew up on Biggie Smalls,” Adams said. Adams also highlighted the way Biggie navigated to stardom with the assistance of his mother, Voletta Wallace. He was raised by a single mom Adams said. “That’s why so many of us could relate to it. Just the love his mother showed. But what he did, that I believe was so much more significant, is that he was able to turn pain into purpose. He used his music to define what was happening in everyday life. Yesterday, the Empire State Building held a ceremony with Bad Boy Records, Atlantic, and Rhino Records to light the building red and blue with a crown spinning on top.