MAN WHO GOT HIS HAND BITTEN OFF BY A GATOR CHARGED WITH FEEDING IT! 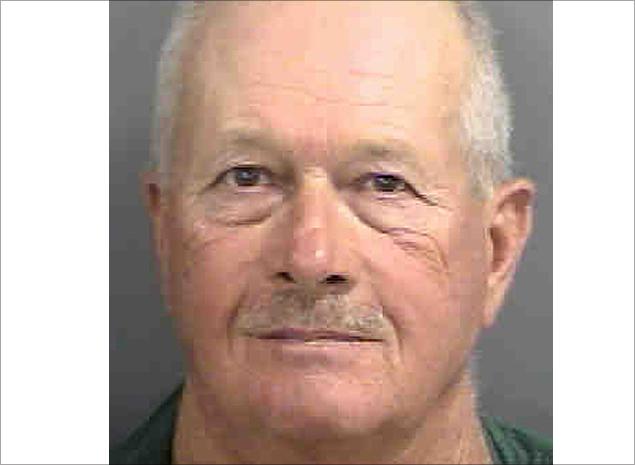 A Florida airboat captain was arrested Friday on charges of feeding the alligator that chomped off his right hand.

Wallace Weatherholt faces a second-degree misdemeanor charge for an alleged act that might have provoked the attack, the Fort Myers News-Press reported.

The 63-year-old lost his hand on June 12 when a 9-foot alligator jumped out of the water in the Everglades and sunk its teeth into Weatherholt's wrist.

In the weeks following the attack, Florida Fish and Wildlife authorities began looking into whether Weatherholt provoked the gator.

The airboat captain, who works for Captain Doug's Small Airport Tours in Everglades City, Fla., was giving a tour to an Indiana family when the attack occurred.

The family told the AP that Weatherholt was dangling a fish over the side of the boat and had his hand just above the water's surface when the gator suddenly appeared.

The boat captain managed to steer the boat back to the docks and immediately went to the hospital, but doctors were unable to reattach his hand.

Wildlife officers tracked down and euthanized the alligator soon after.

It's illegal in Florida to feed alligators because they stop fearing humans, making them more likely to attack, according to David Weathers, a nuisance-alligator trapper and alligator owner.

"Alligators have a natural fear of humans," Weathers told the News-Press. "If they see us, they take off. They see us as these giants hovering over them. They're not going to attack unless they've been fed."

Six people have been warned and 13 cited in Florida for feeding or enticing alligators between January 2011 and May 2012, WPTV reported.

Weatherholt has posted $1,000 bail since his arrest and will appear in court on Aug. 22.

So the sh!t bit his hand off & he got charged with feeding it? Feeding it what? His hand?