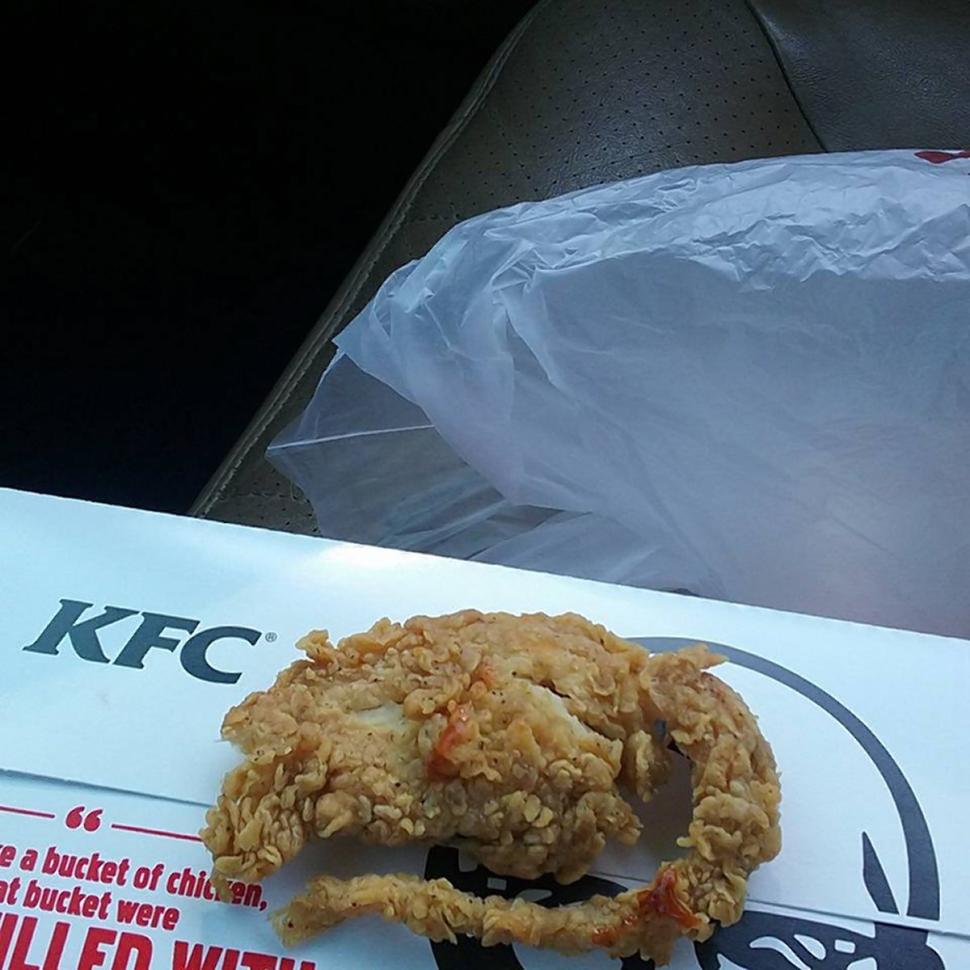 A disgusted California man claims he found a deep-fried rat in his KFC meal, chomping into the cooked rodent before realizing its repulsive, odd shape.

"As I bit into a piece of it, I noticed that it was very hard/tough and rubbery," customer Devorise Dixon wrote on his Facebook page, accompanied with photos of the find. "I looked down at it and saw that it was in a shape of a rat with a tail."

The 25-year-old from Watts, Calif., had ordered a three-piece chicken tender meal at a Los Angeles KFC onWilmington Ave.

"It sent deep chills throughout my whole body! I've been feeling weird ever since," he said.

A KFC spokesman said the fried chicken company has "no evidence to support this allegation."

The fast food chain has made "various attempts" to reach Dixon, who is "refusing to talk to us directly or through an attorney," spokesman Rodrigo Coronel told the Daily News.

"Our chicken tenders often vary in size and shape,"

he said. "We have extended the opportunity to have an independent lab evaluate the product at our own expense, but the customer refuses to provide the product in question."