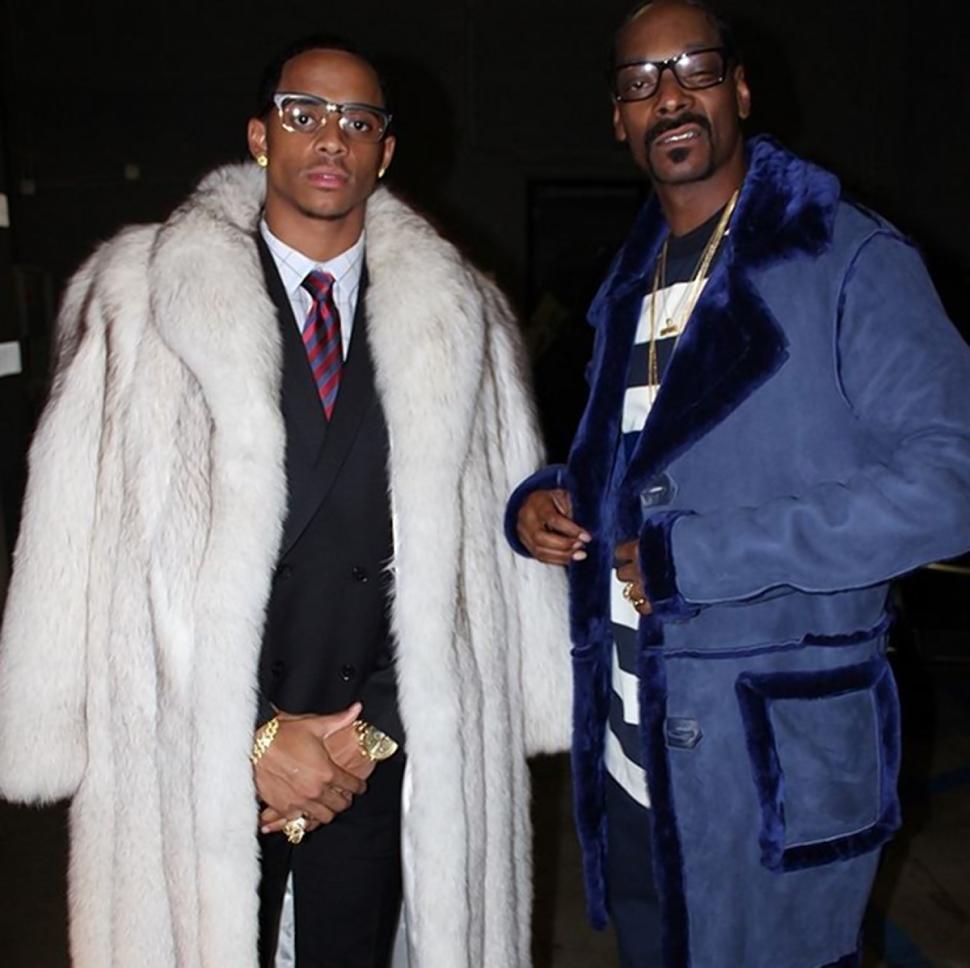 The fiesta was fit for a young prince as they re-created the famous wedding scene from the 1988 Eddie Murphy comedy, which was captured in a video obtained by TMZ.

As Broadus — a high school football star on his way to play for UCLA — made his grand entrance, there were dancers and even rose petal throwers honoring him as he sat atop his throne, wearing a crown.

"The royal family," Snoop captioned an Instagram photo of himself, wife Shante Broadus, Cordell, his date, and three rose petal throwers kneeling in front of them.

While the "Young, Wild & Free" rapper opted for casual attire with a striped shirt, jeans and sneakers, the man of the hour dressed in a suit and long fur coat to complement his royal blue crown.

Meanwhile, mom wore an outfit similar to what the Queen of Zamunda wore in the hit '80s film.

These n!ggas done out did themselves