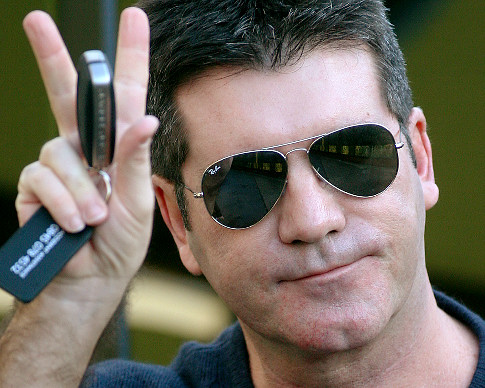 Simon Cowell’s known for his vanity, but he’s taken his preoccupation with appearance to a whole new level with a hot-wax beauty treatment that left him with silky smooth hands, according to the Daily Mail.
The multimillionaire music mogul unveiled his newly hairless hands to 14 million viewers last night on ITV’s “X Factor,” where he is a judge, according to the Daily Mail. His no-longer hirsute knuckles and fingers were in sharp contrast to his forearms, which are still covered by dark, thick hair, according to the paper.

Cowell, who reportedly displays his hairy chest in the Caribbean during the holiday season, according to the Mail, has said he’s also gotten injections to smooth out the lines in his face.

“I’ve had Botox,” Cowell told the Daily Mail. “But, then again, pretty much everyone I know has, except Cheryl Cole.”

With men now spending a reported $38 billion a year in the U.S. on grooming and plastic surgery, it’s hardly a surprise that waxing is getting so popular, says Michele Probst, celebrity makeup artist and founder of Menaji Skincare.

Cowell’s hand wax came as no surprise to her.

“Look at Simon’s hair. Obviously, he’s a very hairy man,” Probst said. “If he is getting his hands waxed, I am sure he is getting his back waxed and maybe his brows and ears, too. Almost any celebrity in film gets a lot more waxing done than you know about.”

“Men feel cleaner and more confident when they wax. It’s not popular any more to have hair in certain places.” Popular sites for men to wax include backs, legs, noses, brows and ears, says Kranidiotis, who charges $20 for a hand wax.
Sophia Murdechi is the waxing specialist at Valery Joseph, a Madison Ave. salon, where a man’s hand wax sets you back $50.
“Men are just more comfortable with waxing today,” Murdechi says. “A lot of men don’t like when the little hairs grow on the fingers.”