KID CUDI TALKS ABOUT OPENING UP FOR LADY GAGA! 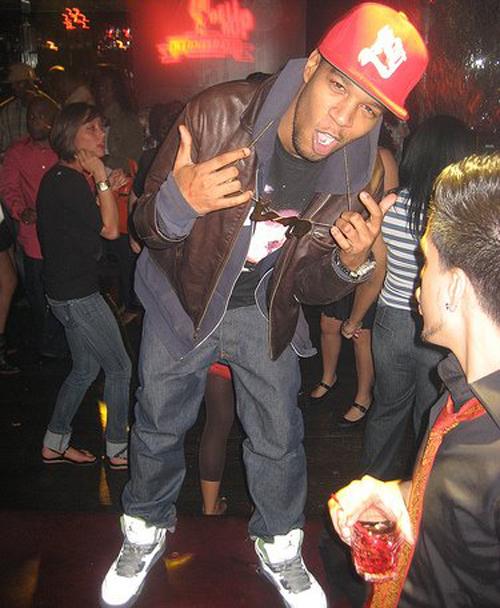 Opening for Lady Gaga is a dream gig for almost any artist — but the trouble is, once you get it, how on Earth do you come up with a set that can compare with hers? That's the problem opening act Kid Cudi was struggling with when we caught up with him last month before Gaga's Monster Ball Tour, which launched Friday night in Montreal.
"It's like, man, you know Gaga's gonna do the ill stage setup and mine's gonna suck. It's gonna be me and this DJ, and I'll be like, 'Alright, play the next song ... this is on my album.' I'm gonna be dodging Gaga's equipment and stuff," Cudi laughed before continuing more seriously. "Nah, it's gonna be good, man. I've been working on something just to step my game up from the last tour I did with Asher [Roth]. We've been brainstorming, coming up with some good ideas. Of course, mine won't be as elaborate as Gaga's, but I'm kind of on this tour as a fan, you know, I'm just along for the ride ... playing my part."

Cudi found himself on the tour after Kanye West cancelled his planned "Fame Kills" co-headlining tour with Gaga early last month. Cudi was a bit surprised to get the call to open Gaga's rescheduled tour.

"It was a couple of weeks ago, actually. I got the call, and at first I just had to see if it was going to fit," he said. "I wanted to take a lot of time off for my family, just kind of hang with them. It worked out in a timely fashion, I'll still be able to put in the family time after the tour, I got a lot of time off after that. So it's good thing, and it will make more people aware of my album. I know I'll get a lot of new fans just off touring with her."

So far, so good — Gaga even brought Cudi out on opening night to collaborate on "Poker Face/ Make Her Say."