LOL! PACKAGES OF POT KEEP ON SHOWING UP ON DOORSTEPS & THESE STUPID MOFO'S KEEP ON CALLING THE COPS! 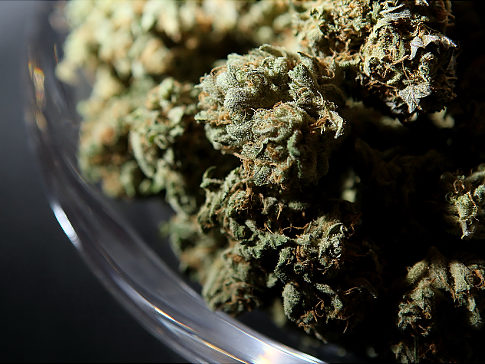 One drug dealer may be missing a few pounds of marijuana.

A 27-year-old Pennsylvania resident called police after she found a package of 5 pounds of marijuana on her doorstep – which was the second time that's happened in the area in the past two weeks.

Last week, an elderly couple called cops when a similar package came to their doorstep.

The phenomenon isn't just in Pennsylvania -- last month in New York, a dentist called police when he was delivered a mysterious UPS package – complete with 31 pounds of the drug.

"I was on my way home and I seen my mailman," the latest drug recipient told the Delaware County Times. "The package was on the top step and my husband picked it up. I didn't know the name on the box and was suspicious, but I was waiting for baby clothes I ordered from Babies 'R' Us and opened it.

"As soon as I saw it, I called police because I remembered seeing it on the news last week. It was wrapped up really good. It was one box inside another box, with Styrofoam inside on the sides. When the cop came, he checked it out and stuck his knife in there. It really stunk."

Cops told the newspaper that the two packages were similar – and probably worth about $22,400 on the street.

"Obviously someone is trying to get 5 pounds of marijuana into the area and they missed the pickups," Detective Capt. George Rhoades Jr. told the paper.

And that, he said, is frightening.

"If that many are being intercepted and turned over to police, imagine what's being delivered and not turned in," Upper Darby Police Superintendent Michael Chitwood told the paper.

In fact, he told My Fox Phoenix, his department has handled about a dozen similar cases over the past year.

"In this day and age you don't know what's arriving in the mail.. It could be a bomb, it could be drugs, it could be legit, you just don't know," he told the TV station.