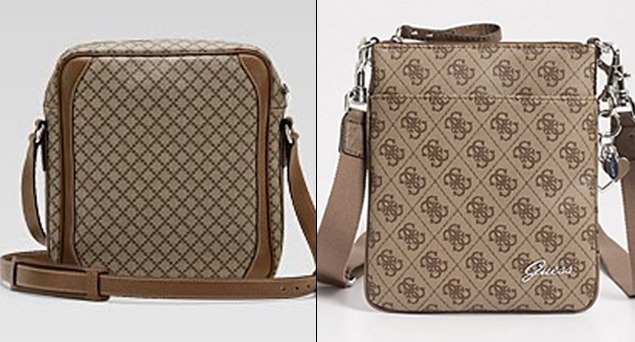 This fashion battle is worth a whole lot of Gs.

The high-style trial, which began on Wednesday in Manhattan federal court, will determine whether Guess sold items with logos and designs that were strikingly similar to Gucci's, according to Bloomberg.

Both companies produce goods with green and red stripe designs and diamond pattern with repeating interlocking G's, according to the court filings.

Ederer told the court that $221 million worth of Guess products infringe on Gucci’s copyright.

Guess is arguing that Gucci cannot claim infringement because it “sat on its rights” and waited seven years before filing its suit back in 2009.

Guess lawyer Daniel Petrocelli told the court that the products were unlikely to cause marketplace confusion since the Los Angles-based retailer’s wares tend to sell for less than $100.

The trial is expected to last two weeks.

Gucci is seeking $124 million in damages.