Monday morning, hours before the Lakers were set to square off with the Trail Blazers in Game 4 of their first-round series, James paid tribute to the back of his balding head and its resemblance to a partial Reese’s Peanut Butter Cup.

The 35-year-old star took to Instagram and posted a side-by-side picture of a peanut butter cup that got partly stuck to the wrapper and the back of his head that was light on hair.

“One of the funniest ones I’ve seen,” James wrote. “Hated when my Reese cup would do that but guess what I still kept it and ate it so [shrug emoji].” 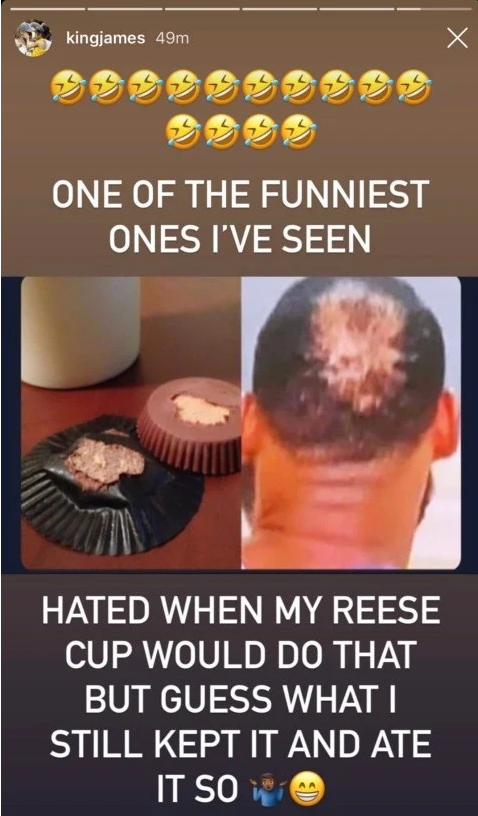 James usually goes dark on social media during the playoffs, but made an exception given the unique environment of this year’s playoffs, in the NBA’s bubble.

“I won’t be turning my phone off during this run; I can’t afford to,” James previously told reporters.