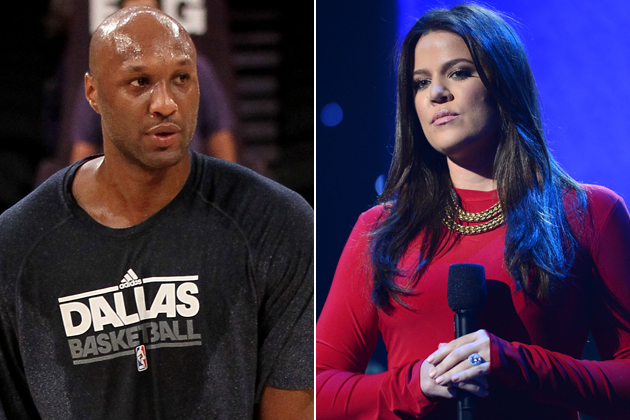 Last night, Keeping Up with the Kardashians finally got around to revealing the extent of Khloe and Lamar's marriage breakdown and she finally files for divorce. But in the real world, the two have been apart for quite some time -- enough time that Khloe has been rumored to have even moved on with other men (remember Matt Kemp?). The latest rumor has her hooking up with rapper The Game. But Lamar thinks his ex has ulterior motives. A source told US Weekly:

[Lamar] says she’s hooking up with The Game as revenge.

OMG, what this man be smokin'? Okay, I think we know what he's been smoking, though probably not anymore, since he's signed with a Spanish basketball team. But, really, all of that (alleged) crack smoking of months past has addled Lamar's brain.

But he thinks it's alllll about him. Because it's always all about him! Believe it or not, he apparently even thinks there's a chance he will win her back when he returns to the states after his two-month gig playing ball in Spain.

Lamar may be back on the court, but he appears to be as deluded as ever.