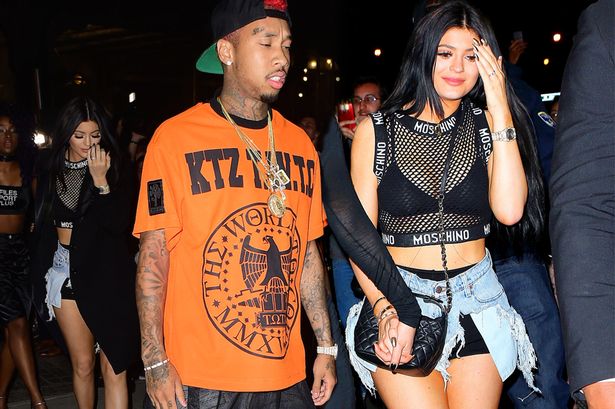 Kylie Jenner and Tyga are in hot water for ignoring California’s drought.

The couple were cited for water waste at their respective homes, according to The Hollywood Reporter.

An investigation conducted by the Las Virgenes Municipal Water District found that the “Keeping Up with the Kardashians” star and her rapper beau were among the locals violating water restrictions during the month of June.

Jenner recently moved into a $2.6 million mansion in The Oaks, an affluent gated community in Calabasas, while Tyga’s home is located a few blocks away.

The 18-year-old’s new home was slammed with two violations this summer, including a fine, local news station NBC4 reports.

Meanwhile, Tyga’s water woes at home follow his ongoing legal spat with his landlord over $70,000 in unpaid rent.

But Jenner and Tyga aren't the only celebs over-indulging in H20 despite the state's decreasing water supply.

David Hasselhoff, Dr. Dre and Denise Richards were also cited for water violations in the investigation, and "Magnum P.I." star Tom Selleck was accused of stealing water to hydrate his Westlake Village ranch in June.