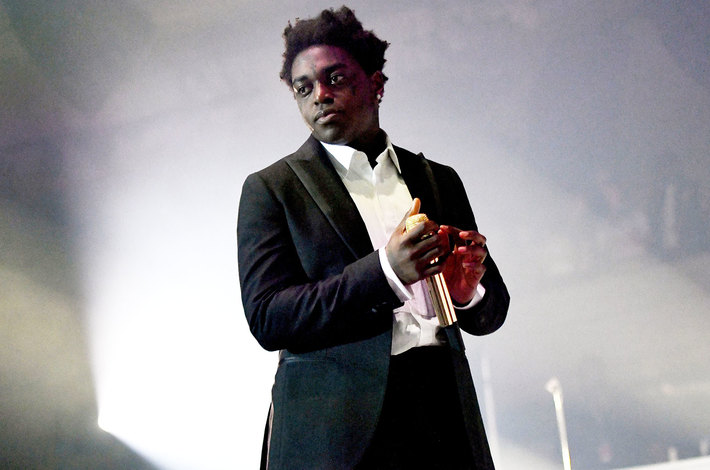 According to a report TMZ published on Monday (May 20), fingerprints, a gun and a rental car in Kodak's name have been linked to a shooting that went down in Pompano Beach, Fla. on March 7. Federal prosecutors allege that someone in a rented Porsche Panamera opened fire on the home of a rival rapper in Florida's Golden Acres community. This rival, who has not been named by TMZ, was not hit and everyone inside the home, including several children, survived without injury.

Prosecutors allege that Kodak purchased three weapons and over 100 rounds of ammo back in February from Lou's Police Distributors, which is the same place where Kodak allegedly bought guns after filing paperwork with false information in order to obtain a firearm. The purchase was reportedly set up soon after Kodak turned in the gun application this past January.

During the police investigation of the crime scene in Pompano Beach in March, police found the Porsche abandoned and severely damaged about 14 miles from the crime scene. Then they obtained the vehicle's GPS data and pinpointed the car in Golden Acres at the time of the shooting.