Kobe Bryant Jokes About His Retirement Weight-Gain On Instagram 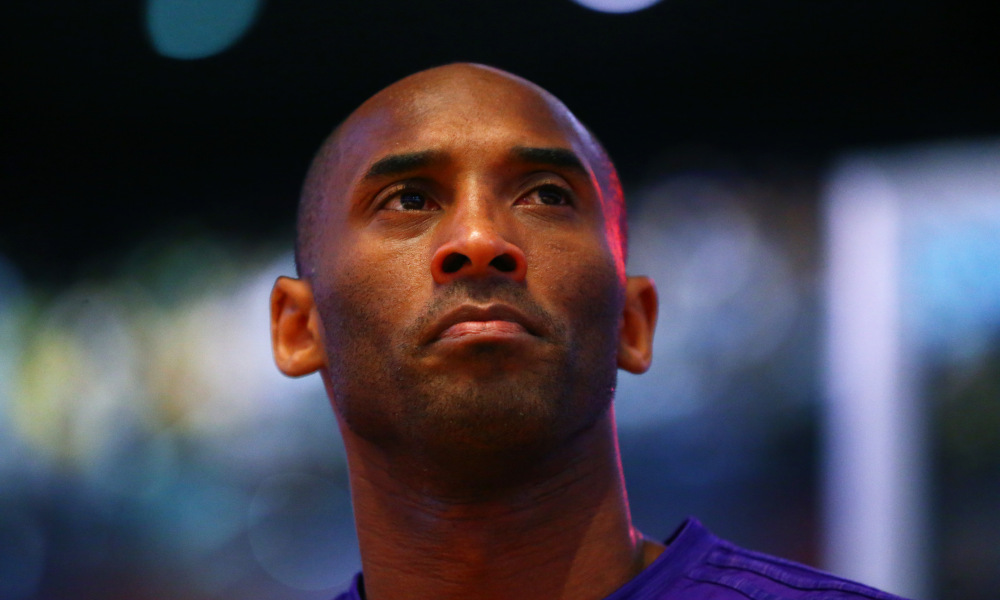 Confidence can be fleeting, even for Kobe Bryant.

The NBA legend, 38, appeared to embrace his post-retirement pudge in an Instagram post on Tuesday — until a few hours later when he deleted it.

Shortly after paparazzi photos of Bryant looking well past his playing weight were published by TMZ, the star poked fun at himself on Instagram, writing, “Objects on camera may appear larger than they do in the mirror haha ok … ok … ok. Gimme 30 days #challengeaccepted #mambathick #mambabeast.” 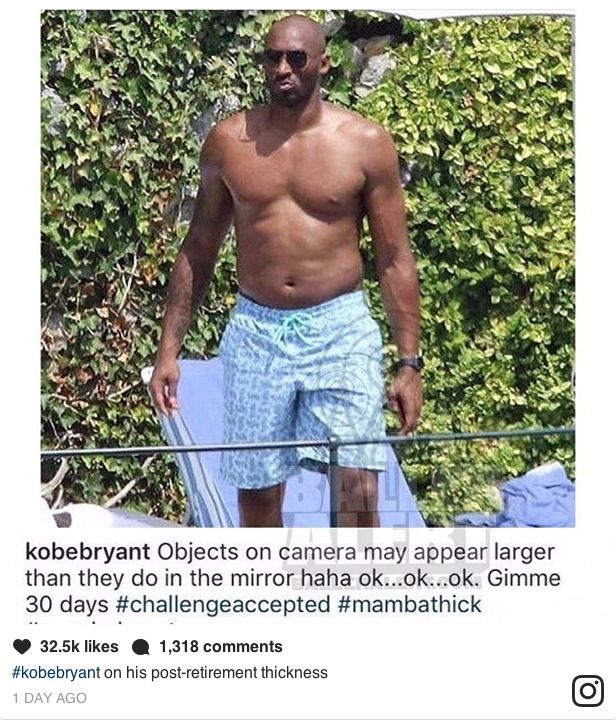 But hours later, it appeared that the former Laker had had a change of heart, as the pic nowhere to be found – except on the social media accounts of hundreds, if not thousands, of internet users who screenshot the post before it had been deleted.

As if the deletion wasn’t proof enough that the chatter about his dad bod had gotten to him, his last Instagram post, an entirely black image, was accompanied by a caption stating, “Mama mode #blackout.” He was also photographed the next day on a yacht, modestly clad in an oversized T-shirt and baggy shorts. 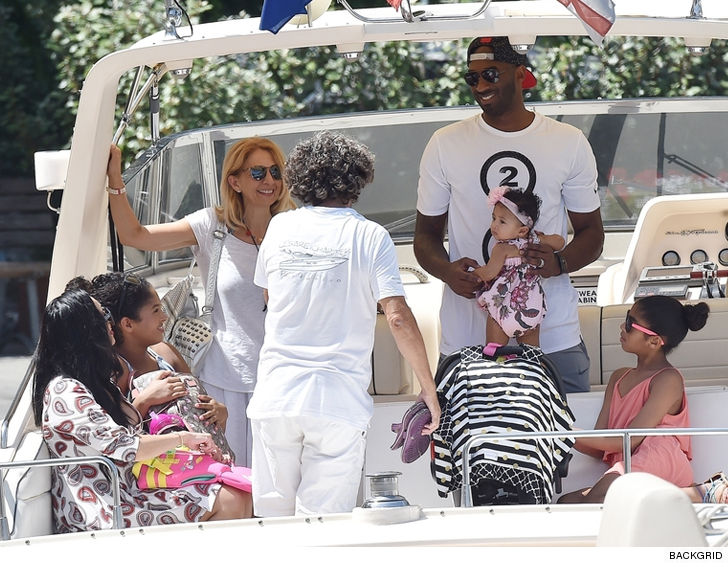