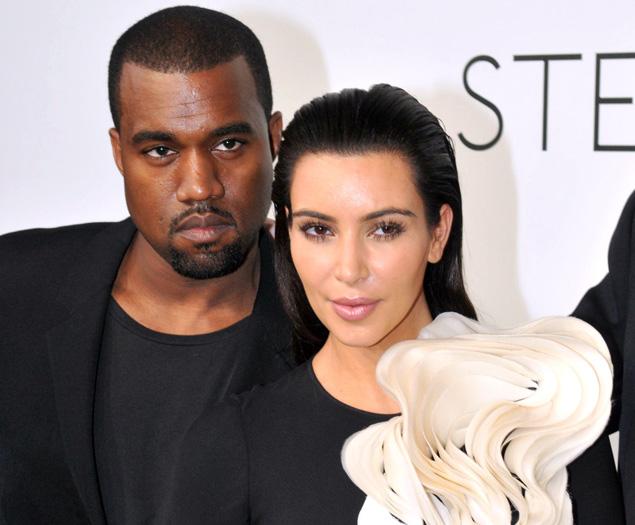 Kim Kardashian and Kanye West plan to live happily ever after, but right now they are quite unhappy … with the behavior of a guest at their engagement celebration.

The power couple has filed a lawsuit against YouTube co-founder Chad Hurley, who posted video of the proposal — which took place at AT&T Field in San Francisco on Oct. 21 — on his new website venture, MixBit.

In legal documents filed in Los Angeles Superior Court on Thursday, which were obtained by "omg! Insider," Kardashian and West allege that Hurley — whom they had never met prior to the engagement — "finagled entry" into their "exclusive event" as the guest of an invited guest. He was only permitted to stay after signing a confidentiality agreement stating "he would not publish any aspect of the event." A photo of him holding what is said to be the signed agreement is included in the lawsuit filing.

The only problem? Hurley ended up shooting video footage of the event — "which turned out to involve not merely a birthday celebration for Kardashian, but an unexpected engagement proposal by West," as we now know — and then he posted it to MixBit the next day, which was a violation of their agreement.

Kimye's lawsuit suggests that entrepreneur Hurley was so desperate to make MixBit successful — after some other recent failed business ventures — that "despite not being invited, and not knowing either West or Kardashian," he "sought to procure his own attendance in order to capitalize on the event and promote MixBit." They also note that Hurley's company sent the video to the media in a press release the next day — and omg! was one of the recipients of the email blast, which touted the new social video service/app and bragged the footage was shot by " the co-founder of YouTube." The footage immediately went viral on the Internet.

The big problem with that? Kardashian and West had their own camera crew there recording the footage for possible use on "Keeping Up With the Kardashians" and E!, bursting their bubble.

The lawsuit states that, when contacted by Kardashian and West's lawyers after the proposal, Hurley said he "wasn't aware" his video "would get so much attention." Also, he said he only posted it after seeing photos posted from some of the other attendees there and he thought he would then "join in."

The couple is asking for unspecified damages for alleged breach of contract, fraud, and unjust enrichment.

Entertainment attorney Owen Sloane of Gladstone Michel Weisberg Willner & Sloane told omg! last week that such damages would be dependent upon the Kardashians' contract with the cable network.

"If the Kardashians had an exclusive deal with E!, they may be able to argue that the value of that deal has been ruined because of the leak," he said. "You can say, 'I had the intention of using this for commercial purposes,' but then you'd have to prove what it was worth."