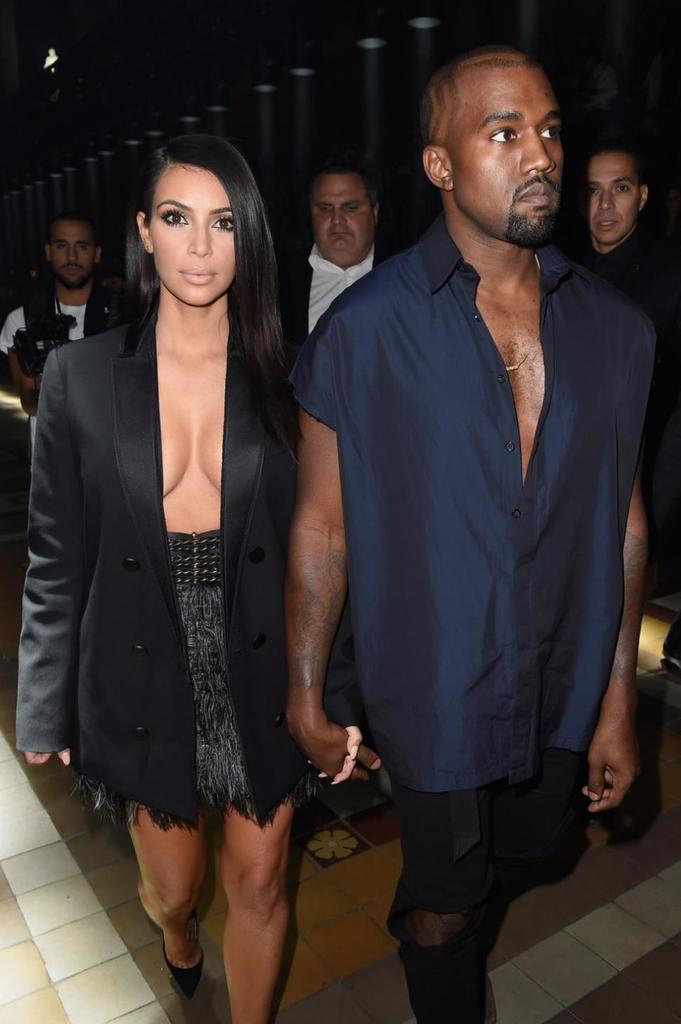 Kimye is having a rough week in Paris.

Kim Kardashian and husband Kanye West were booed at the Lanvin fashion show Thursday by a group of men in the crowd after they arrived late to the front row.

The candid 37-year-old rapper had no problem walking towards the hecklers to confront them.

West returned to his seat and did not look happy while the 33-year-reality star, who donned a cleavage-baring ensemble, appeared to try and keep her eyes on the runway.

West's outburst at the fashion event follows Thursday morning's incident where his wife was lunged at when getting out of the car by Ukrainian media personality Vitalii Sediuk ahead of the Balmain show.

Kardashian was quickly grabbed and shielded by several bodyguards while men tackled Sediuk to the ground.

"The prank with Kim was my protest that U.S. banned me from entering the country," Sediuk said in a statement to E! News.

"I hope Kim is OK and won't be mad at me as I didn't mean any harm. Kanye is one lucky man as Kim is a Goddess!" Wtf Does Kanye have on?