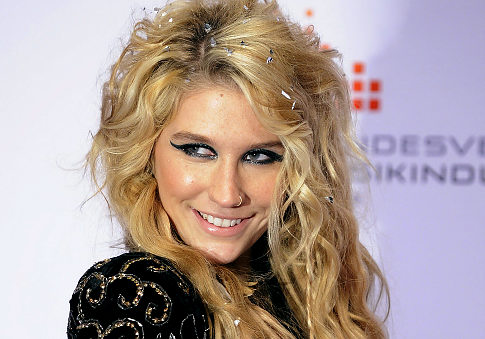 NEW YORK - Ke$ha's former managers say the pop star squeezed them out of her career under pressure from hit songwriter Dr. Luke, but her lawyer said Friday she simply exercised her rights to fire the managers when they didn't perform.
Ke$ha, who had the No. 1 song in the country with "TiK ToK" earlier this year, signed up with ex-managers DAS Communications Inc. when she was an up-and-comer in 2006. Their agreement called for her to pay the New York-based firm 20 percent of her music income, but it gave her the option of ending the relationship if DAS didn't get her a major-label record deal in a year, according to a copy of the contract attached to a lawsuit DAS filed Wednesday.

A year later, there was no deal. DAS says Ke$ha waived the deadline, and the firm went on to line up a deal for her with Warner Bros. Records in 2008 — until Dr. Luke interfered with that arrangement and "induced, intimidated and convinced Ke$ha" to cut ties to DAS in September 2008.

She ultimately signed with RCA/Jive Label Group, which released her first album, "Animal," in January. Dr. Luke co-produced it.

The lawsuit, filed in state court in Manhattan, seeks more than $14 million in damages from her and $12 million from Dr. Luke, who won songwriter of the year at the American Society of Composers, Authors and Publishers' Pop Music Awards last month. No representative or phone number for him could be found.

Ke$ha's lawyer, Charles Ortner, said she was entitled to end her relationship with the firm, headed by David Sonenberg. He has worked with Paula Abdul, Meat Loaf and others.

"This lawsuit seeks to require her to pay him commissions on her RCA/Jive record deal that he had nothing to do with, long after she terminated him in writing," Ortner said.