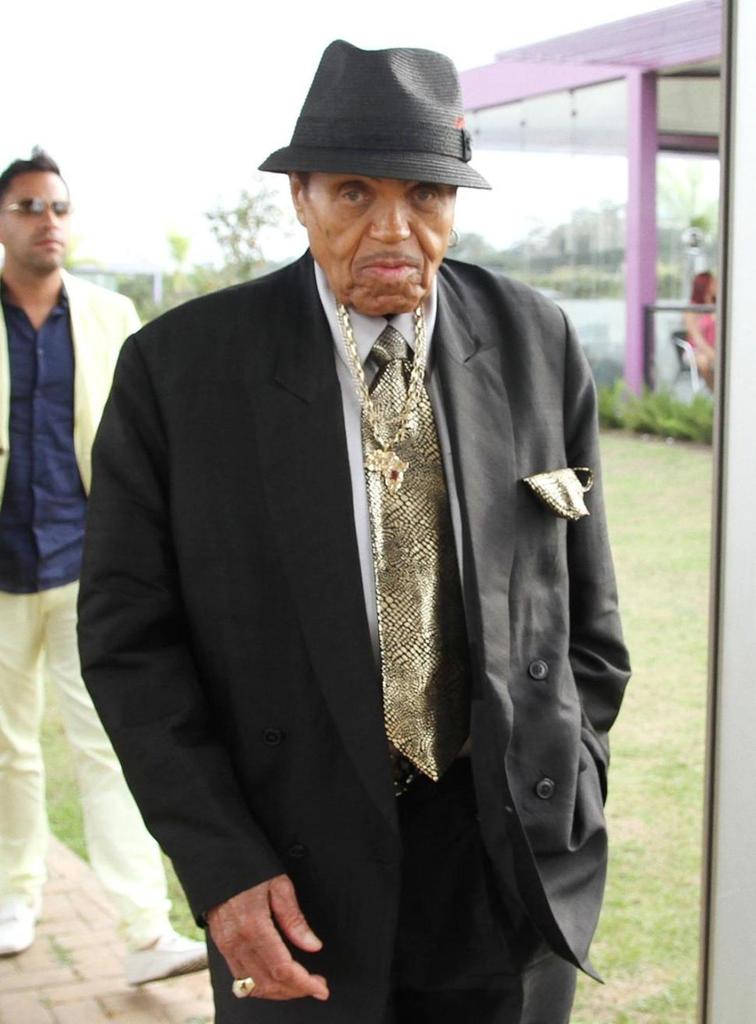 A Brazilian hospital says Joe Jackson — the father of the late Michael Jackson and the patriarch of the musical family — suffered a stroke while visiting the South American nation.

An emailed statement early Monday from the Albert Einstein hospital in Sao Paulo says only that Jackson was admitted to the hospital Sunday afternoon. He is in the intensive care unit. The statement also said he was suffering from an irregular heartbeat.

The statement does not say exactly what condition Jackson is in. Calls to the hospital's public relations department were not answered before business hours Monday.

Jackson is in Brazil in part to celebrate his 87th birthday — which was on Sunday.

Local media say Jackson was absent from his own party because he was already in the hospital. Photos from his official website show him dining in Sao Paulo restaurants.

The 87-year-old was admitted to a Sao Paulo hospital Sunday after signs of a stroke. Joe lost his vision, and a publicist says it was the result of an artery bursting behind his eye, which triggered the stroke.

Family sources tell TMZ, once in the hospital he suffered 3 heart attacks.

Joe's publicist tells TMZ, in the hospital Joe's heart stopped beating for 10 seconds but he was revived. Joe just had a pacemaker inserted and doctors are now waiting to see if it stabilizes him.

We're told Joe's family wants him flown back to the U.S. for further treatment, but for now it's too dicey.

Joe was in Brazil to celebrate his birthday.