Jill Scott took a long walk down the aisle.

The Grammy-winning songbird married her longtime love, Mike Dobson, on Saturday. While the Las Vegas wedding took most people by surprise, trusted friends of the couple knew in February that a union was imminent.

That's when Dobson told some of his closer confidantes “That's my baby and I'm going to marry her soon,” according to one pal.

And he did. This is wedding number two for both the bride and the groom. 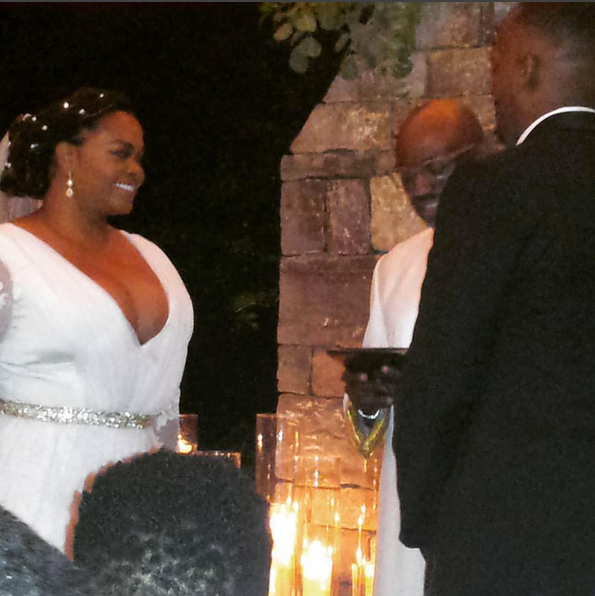 While Scott, 44, and Dobson, 49, had remained quiet about their nuptials, DJ Mars, who provided the soundtrack for the big day, spilled the beans on Instagram with video and photos that have since been deleted.

“This wedding made my summer!” he captioned one of his posts. It's no wonder Mars wasn't let in on the secret earlier.

“I've known Mike for almost 20 years, but dude could have alluded to the fact that he was marrying Jill Scott (lol)!” he wrote. “All he said was, u are working with her in Vegas. He's a total class act, he won with the wedding!”

Though Scott and Dobson are both known for their booming voices, they recruited Big Daddy Kane to perform at the Sin City celebration. According to Mars, Dobson told him that the “Smoother Operator” rapper was on board to surprise the bride and asked him to call Kane and put together a plan.

“Dude walks in and they didn't even recognize him until he starts rapping,” Mars wrote. “Her face is soooo priceless.”

Scott and Dobson will be spending a lot of time in Los Angeles, where she's working on director John Singleton's new movie “Snowfall.” Scott will be in Brooklyn on Aug. 14 to perform at the Amphitheater at Coney Island Boardwalk. Dobson, who owns a recording studio, also spends time performing with the Flute Theatre company, which introduces kids with autism to the work of William Shakspeare. 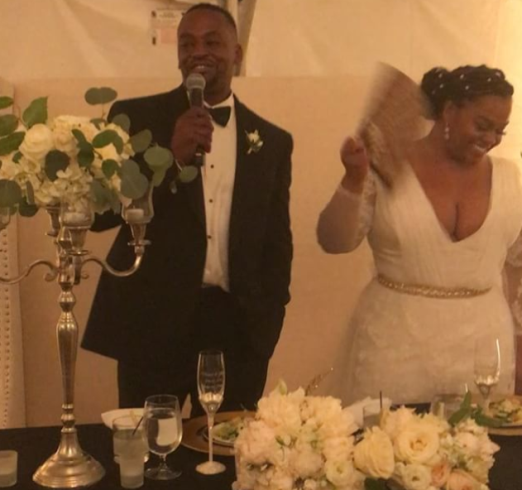