JAY Z REMEMBERS HOW RECORD LABELS USE TO SH!T ON HIM! WHO'S LAUGHING NOW! 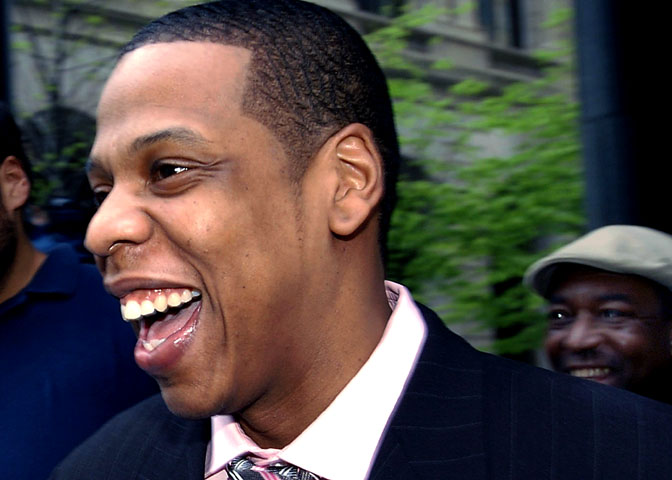 For years, Jay-Z has been a heavily sought-after collaborator and power broker, the kind of guy who can turn a simply good song into a smash with a 16-bar freestyle and a quick endorsement. So, it's strange to think that there was a time when Jigga was just another kid trying to score a record deal, and fighting an uphill battle to do so.
"I went to every single record label, and they was like, 'This guy is terrible. He's nothing,' " Jay told MTV News prior to the release of The Blueprint in 2001. "I had to put [Reasonable Doubt] out myself, because nobody would sign me."

That was back in 1996, when Roc-A-Fella records was born, not out of entrepreneurial expansion but, as Hova made clear, out of necessity. "I would press up singles and go to the record stores myself, collect $100, $200, come back, give them some more records," he recalled. "It started like that."

Jay wasn't embittered by his struggle, though. If anything, it gave him a sharper perspective on the music business. "It made me appreciate it so much more," he said. "No one gave me anything. They didn't give me a record deal. I really just took my time and grew it step by step by step by step. I could have easily been like, 'Maybe what I'm talking about ain't right! Nobody wants to sign me!' That would have stopped the suffering. But I didn't."

He was right to stick to his guns, as the self-released Reasonable Doubt became an instant classic and earned him a much-deserved distribution deal with Def Jam in 1997, followed by a steady stream of hits, milestones and a place in history.