BEYONCE ADDED TO THE LIST OF PERFORMERS ON MTV'S VMA'S! 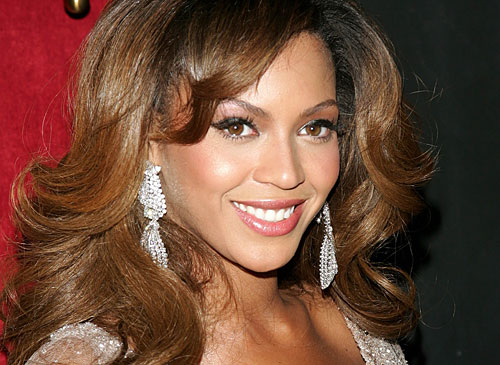 September 13, the night of the 2009 MTV Video Music Awards, was already shaping up to be a pretty busy evening for Beyoncé, who's nominated for a whopping nine Moonmen. Now, it's going to be even busier. That's because B — who's up for Video of the Year and Best Female Video for her eye-popping, hip-shaking "Single Ladies (Put a Ring on It)" clip — has just been added to the growing list of VMA performers, too.

Beyoncé will take the stage to sing "Sweet Dreams," the latest single off her multi-platinum I Am ... Sasha Fierce album. She joins the likes of husband Jay-Z, Lady Gaga, Taylor Swift, Green Day, Pink and Muse, all of whom have also been confirmed as performers at the '09 VMAs.

This will mark the third time the real-life Sasha Fierce has performed at the show. In 2003, she shared the stage with Jay for "Crazy in Love." Then in 2006, she brought the house down with a fiery version of her single "Ring the Alarm."

Also, while the big show is taking place, there's going to be plenty happening on MTV.com too. That's where we'll exclusively unveil Death Cab for Cutie's "Meet Me on the Equinox," which has just been tapped as the first single off the "New Moon" soundtrack, which hits stores on October 20.

And if that isn't enough VMA news we've got for you, it's also been confirmed that up-and-coming rapper Wale and the legendary Washington, D.C., go-go band UCB will serve as the official house band for the night. As his work with Lady Gaga on the song "Chillin' " proves, Wale is no stranger to collaborations, so he should feel right at home when he joins forces with the All-American Rejects, Pitbull and 3OH!3 to perform versions of the year's biggest hits.