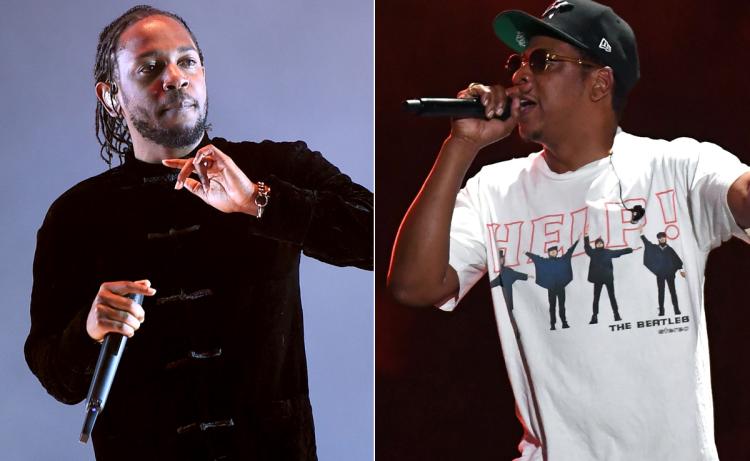 JAY-Z continues to stake his claim as the holy grail of musical performers.

The hip hop mogul dominated Tuesday's Grammy nomination announcements, leading all artists with eight nods, including nominations in each of the three major categories.

His highly personal "4:44" is up for album of the year, while its titular track is nominated for song of the year. Another song from the album, "The Story of O.J.," is a finalist for record of the year.

In the wildly popular album, which was released on June 30, JAY-Z seems to cover highly publicized topics like his alleged infidelity and his falling out with Kanye West, while also providing social commentary on race.

Bruno Mars was also well-represented during Tuesday's reveal, as he earned nods in the three major categories, with "24K Magic" named a finalist for album of the year. The titular track is up for record of the year, while another single, "That's What I Like," is up for song of the year.

Should "DAMN." or "4:44" win album of the year, it would mark the first time a hip hop record earned the honor since OutKast did so in 2004 with "Speakerboxxx/The Love Below."

The ultra-catchy Spanish-English hit "Despacito" by Luis Fonsi and Daddy Yankee and featuring Justin Bieber was another big winner, earning nods for song of the year and record of the year.
Ed Sheeran was among the biggest snubs, as he didn't earn a nomination in any of the top three categories, despite his wildly popular song "Shape of You" and his album "÷" being eligible.

The award show will mark the first time since 2003 that the Grammys will take place in New York, with the past 13 shows each being held in Los Angeles. The Grammys had alternated between New York and Los Angeles for years, but that seemed to change following a memorable public feud in 1999 between Mayor Giuliani and Michael Greene, the head of the Recording Academy at the time.

Every Grammys from that point on was held in Los Angeles, aside from the 2003 show that took place at the Garden.

ALBUM OF THE YEAR

RECORD OF THE YEAR

SONG OF THE YEAR (Songwriter's award)

Shape of You — Ed Sheeran

What About Us — P!nk

Feel It Still — Portugal. The Man

Villains — Queens of the Stone Age

The Stories We Tell Ourselves — Nothing More

A Deeper Understanding — The War On Drugs