JANET JACKSON IS THINKING ABOUT GOING ON TOUR AGAIN! 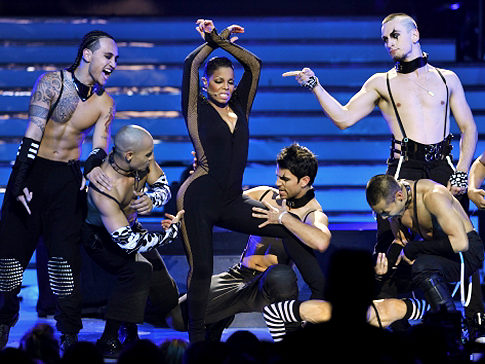 Janet Jackson is seriously considering taking her "nasty" act on the road.

Jackson, who has toured only once since 2002, was “blown away” by viewer responses to her appearance on the Fox show Wednesday.

The 44-year-old singer received a standing ovation after performing her vintage hit "Nasty" as well as her new single "Nothing" Wednesday night to help big adieu to departing "Idol" judge Simon Cowell.

According to TMZ, the tour could begin before the year is out.

Since appearing on "Idol," Jackson has agreed to perform at the Essence Music Festival in New Orleans on July 2.