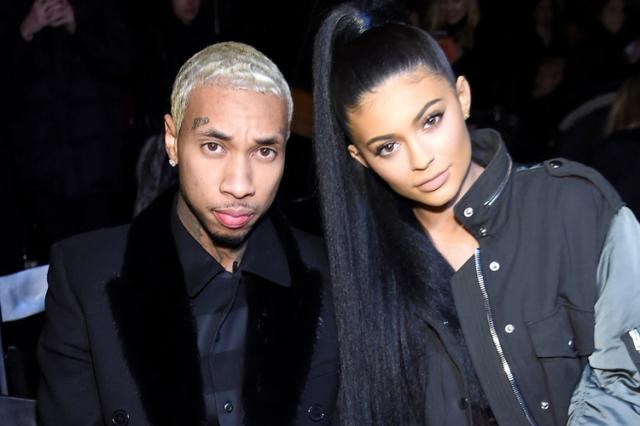 Kylie Jenner is going to become a mom at 18!

An insider reveals to Life & Style that the teen is pregnant with her first baby — and 26-year-old boyfriend Tyga is the father!

“She’s gained a little weight and she says she’s been having the weirdest cravings for Roscoe’s House of Chicken and Waffles and Krispy Kreme Doughnuts,” the insider adds.

"All [Kylie] can talk about is baby names, whether she’ll have a boy or a girl, how she’s going to decorate the nursery and the child’s wardrobe.”

But, not everyone's excited over the news. The source tells Life & Style that Kylie's older sisters, Kim, Khloé and Kourtney Kardashian all think it's a huge mistake. And while momager Kris Jenner "wasn't surprised" by the announcement, she's "not exactly thrilled."

that means if Rob knocks up Blac Chyna their kids are gonna be cousins and brother & sister @ the same damn time …….