Granny Getting $500 An Hour For Hoeing The 2010 contestant's grandma, 85-year-old Sheila Vogel-Coupe, is profiled in a new British documentary, "My Granny the Escort." That's right — Sheila is an octogenarian sex worker. Britain's oldest, in fact.
"I'm proud of what I do," Vogel-Coupe told the Daily News. "It's not something I want to hide. I don't mind if everybody knows."

Vogel-Coupe — who doesn't like to be called a prostitute — makes 250 pounds (about $420) an hour and has up to 10 clients a week as young as 20. She got into escort work after both of her husbands passed away. She's been in the business for four years and gets STD checkups every three months.

"I get lonely and like the companionship of a gentleman, but if you want the honest truth, I do it because I love sex," she told The Mirror. "Even thinking about it makes me feel better."

Charlie Russell, the documentary's director, said that Vogel-Coupe is "rather wonderful and very funny." After he found her through a simple Internet search for mature escorts, they then met for a cup of tea.

"I just try to make documentaries with people that I really like and hopefully the audience will like," he said.

He said that he wanted to show a new side of the sex industry.

"I think we've all seen the documentaries that show the awful side of prostitution, especially with young women and trafficking, but I just felt like this would give a different perspective on it," he added.

His project does not show Vogel-Coupe (or either of the other two mature escorts featured, for that matter) having sex, but there are interviews with some clients who wished to remain anonymous, as most are married.

Sadly, most of Vogel-Coupe's family is unsupportive of her career — she only has good relationships with one daughter and a grandson, she said. In 2011, she told the British show "This Morning" that she loves all of her family members and wishes they weren't "so judgmental to me." She does, however, blame granddaughter Katie for taking to the spotlight, which Sheila says "has ruined my career."

But the escort isn’t quitting anytime soon — even if she does get asked to do some pretty kinky stuff. 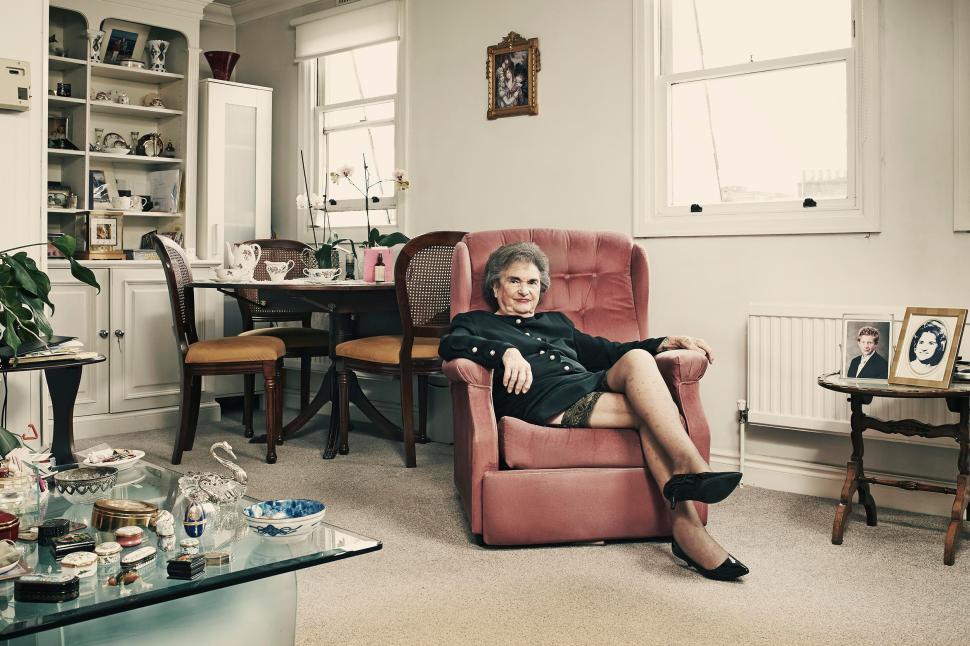 "Lots of men ask them to role-play as their mothers," said Russell. "They often say no." Vogel-Coupe said she has done it on occasion. She's also been asked to participate in "watersports." "I don't really like doing that — it all depends on the person," she said.

Russell is also out to shift our prejudice that elderly people shouldn't be having sex. Vogel-Coupe, in fact, has more body confidence than a swimsuit model a third of her age.

"It gives me a lot of satisfaction to make men happy," she said.