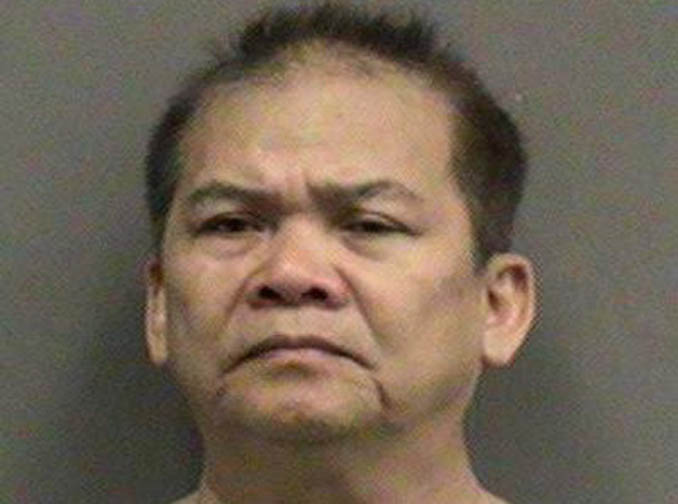 “The defendant parked his vehicle, laid the driver’s seat all the way back and proceeded to watch homosexual pornography on a portable DVD player,” according to a Gainesville Police Department report.

When a male passerby walked by after withdrawing cash from an ATM, Kieu got out of his car, punched the victim in the mouth and grabbed his backpack with the $220 he withdrew, according to the police report.

The crazed Vietnamese immigrant then dragged the victim into his car, straddled him and tried to tear off his shirt, belt and pants.

The victim, 21, eventually managed to escape after grabbing Kieu’s car keys. He ran away, yelling, “Rapist!”

Kieu is charged with sexual assault, kidnapping and robbery without a weapon.

Where do you get off trying to rape dudes tho …..

Watch out for Phuc Kieu