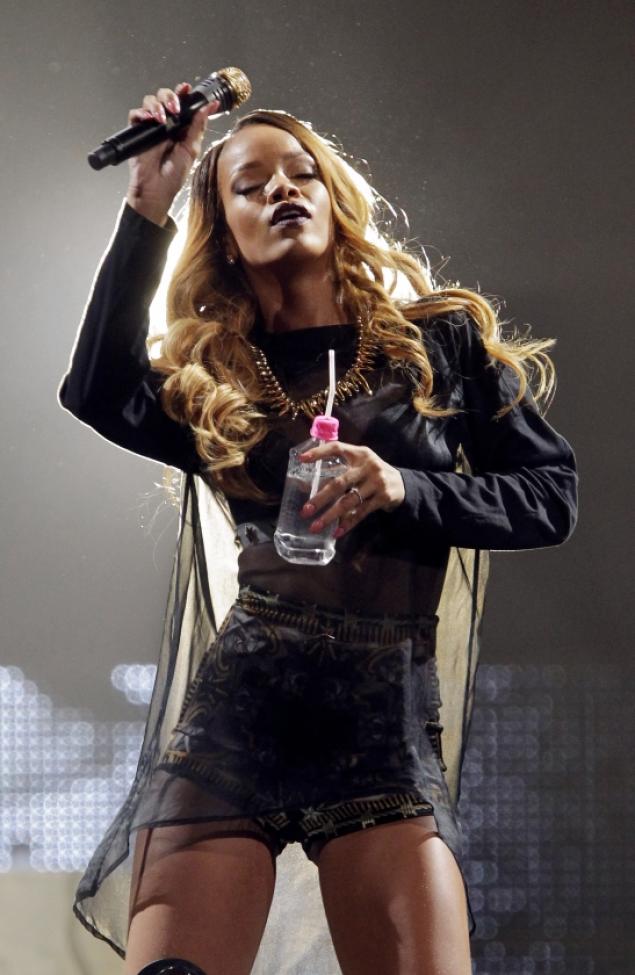 She wanted her lips to look hot — not inflamed.

A Harlem woman claims in a lawsuit that she got herpes at a Rihanna concert in Brooklyn from lipstick the singer endorsed.

Starkeema Greenidge, 28, alleges she contracted the virus when a representative of MAC Cosmetics applied a used tube of RiRi Woo to her smackers.

“I wasn’t able to work for two weeks. It cost me a lot of money,” Greenidge, a waitress, told the Daily News on Wednesday.

She said she slapped MAC with the suit in Manhattan Supreme Court in hopes of forcing the company to be more sanitary in the future. Greenidge also said the company should train its employees to use disposable tubes or swabs to apply the lipstick.

“This is going to happen over and over again if nothing is done,” said Greenidge.

When she went to the May 7 Barclays Center concert, she stopped at a MAC popup shop there and let a rep apply ruby-red lipstick to her upper lip.

The employee instructed her to “press her lips together and spread the lipstick around,” according to the suit.

“(MAC) didn’t use a fresh or new lipstick tube, but rather one that had been used for other patrons,” the suit charges.

The suit contends MAC “should have known . . . it was unsanitary and exposing patrons to possible spread of disease.”

Two days later, Greenidge developed a cold sore on her lip that her doctor diagnosed as herpes.

MAC officials could not be reached for comment. Rihanna signed a deal in February to create her own MAC makeup line.

MAC officials could not be reached for comment. Rihanna signed a deal with the makeup giant In February to create her own cosmetics line. Her RiRi Woo lipstick was inspired by the singer’s favorite MAC red, Ruby Woo lipstick, according to the company’s announcement of the deal.

The release of the Rihanna-endorsed beauty products coincided with the pop and R&B superstar’s “Diamonds World Tour.” You thought I was talking about that sh!t on her lip! Didn't you!