DRUNK MAN GETS ARRESTED FOR LETTING HIS 8 YEAR OLD DRIVE HIM HOME! 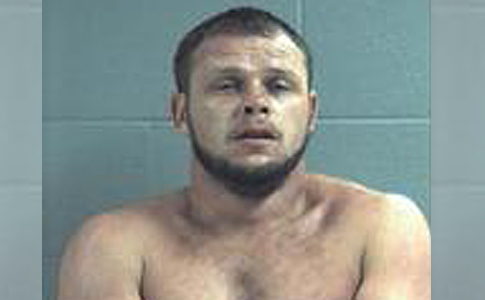 A man in Louisiana was arrested after cops pulled over his Chevrolet pick-up truck and found that it was being driven by his 8-year-old son.

Meanwhile, cops told the New Orleans Times-Picayune, Billy Joe Madden, 28, was passed out drunk as his son was driving the family from Mississippi to Texas.

Cops said they received an early morning call from a motorist who noticed the truck driving erratically and peered in to see the tot sized driver behind the wheel.

Madden's 4-year-old daughter was also in the car, sitting in the back seat, cops said.

No one was injured in the potentially deadly situation, but the children were turned over to child protective services.

Madden, meanwhile, was charged with allowing a minor to drive, keeping an open container in the vehicle, driving without a seat belt, two counts of child desertion and two counts of no child restraint, according to the newspaper.

He remains in Livingston Parish Detention Center in lieu of a $1474 bail, the sheriff's deputy told Reuters.