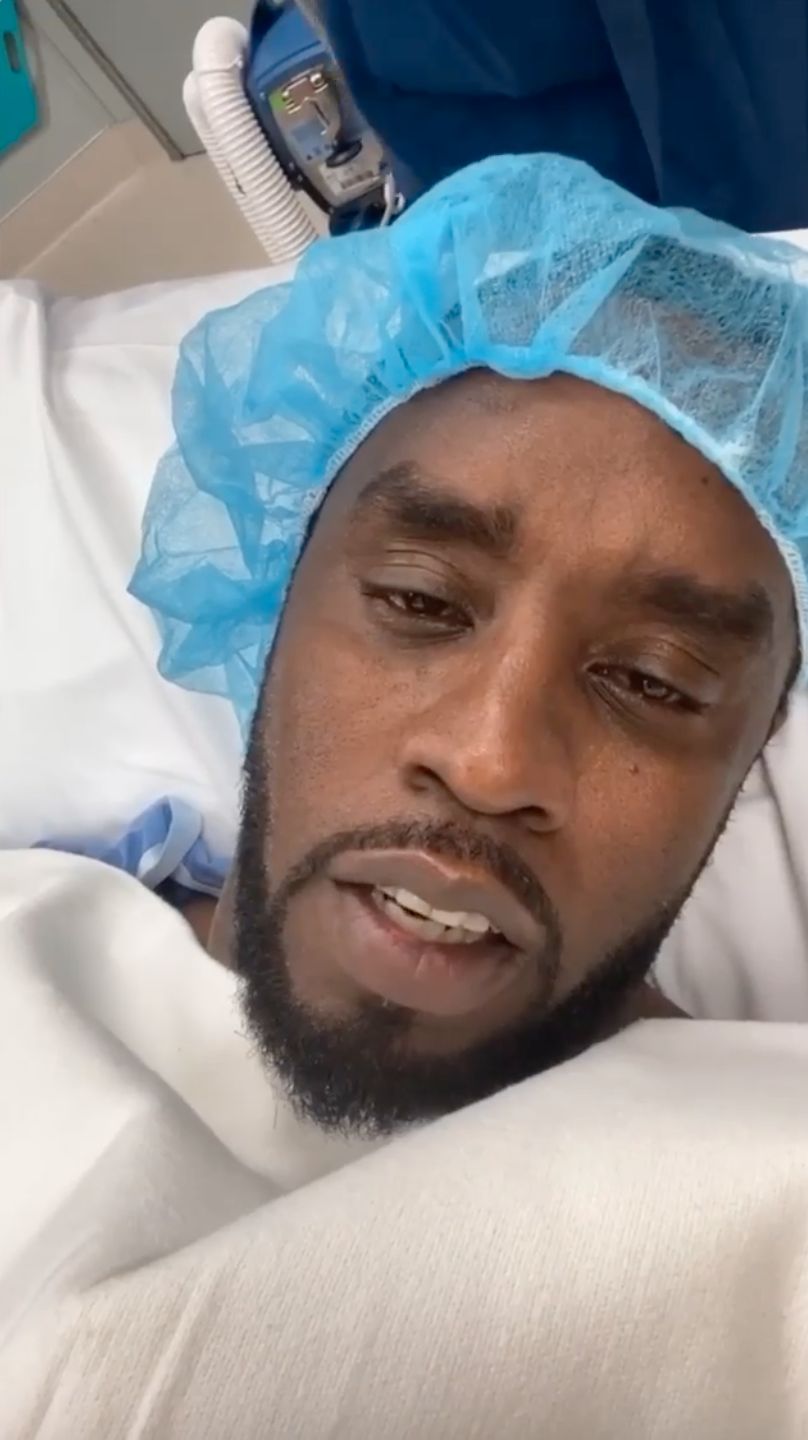 Diddy underwent quad surgery with only 24-hour notice and had to cancel a scheduled appearance on Friday. The rapper told fans he was going under the knife to repair a quadriceps tendon tear in a series of videos shot from his hospital bed. In the videos, shared on his IG, Diddy was seen getting prepped for surgery. He was seen lying in the bed wearing a hospital gown and cap while nurses got the star ready ahead of his operation. The 50-year-old revealed he didn't have much time to prepare for the surgery and had to cancel his San Fransisco appearance just hours before he was missing the event.

“I just found out yesterday, they squeezed me in for today,” Diddy said in the video. “Pray for ya boy, I’m gonna see you all next time and make it up y’all.” Panning the camera down to show his left knee covered in marker for the procedure, the record mogul joked he was “one of the most accident-prone people in the world” before going into detail about what caused his injury. “I’m clumsy. I trip. I fall. I fall in holes. It’s always been like that,” he shared. “This is my fourth surgery in two years. I’ve had two rotator cuffs, a knee replacement, and now it’s on quad," he explained.

Diddy went on to say he needs to take some time for his heath. “At the end of the day, this is God’s work to slow me down, take better care of body and eat right — and just stop treating my body like a machine," he added. Stating he didn't want sympathy because “I did it to myself by accident," the rapper ended his pre-surgery video by promising, “Pray for me. This is gonna be my last surgery, I promise.” His surgery comes just days after Nipsey Hussle's ex Lauren London denied she was dating Diddy.