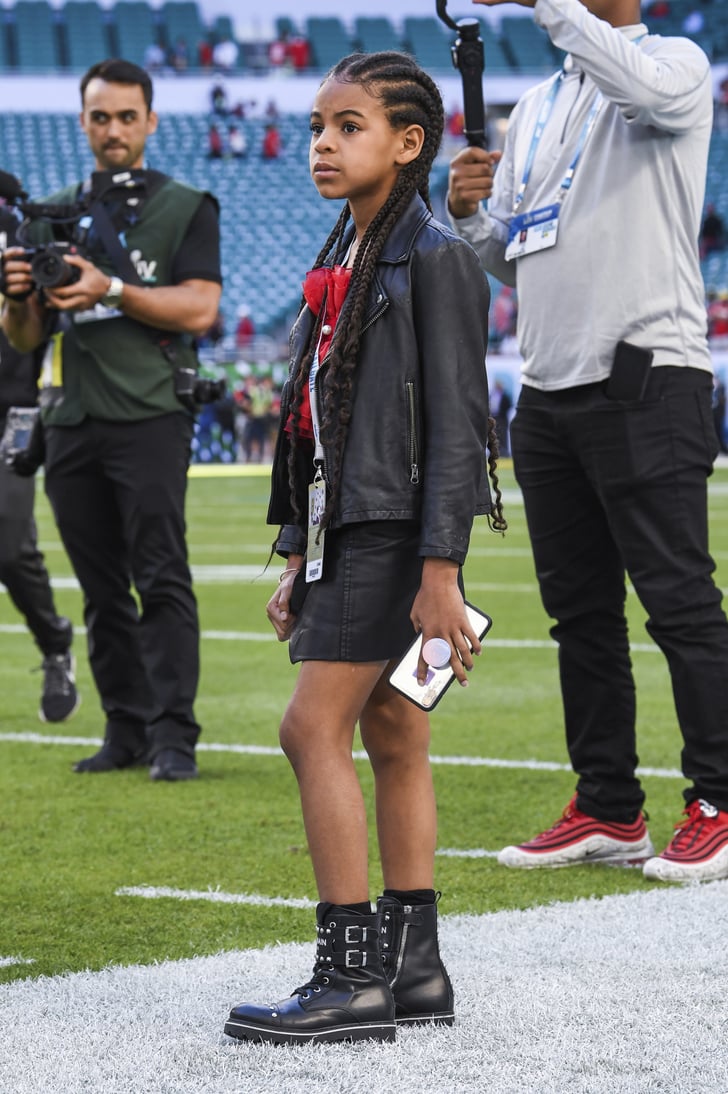 Blue Ivy took home the award for Outstanding Duo, Group or Collaboration for her collaboration with her mom, Beyoncé. The song, "Brown Skin Girl," which also features Wizkid and SAINT JHN, appears on The Lion King: The Gift album. And just to be absolutely, 100 percent clear, Blue Ivy fully deserves to share in any and all accolades the song receives, since she not only sings on the song's chorus, but also shares writing credit on the track.

Blue and Bey picked up the award Friday, during a non-televised ceremony, but Knowles family super matriarch, Tina Knowles Lawson, made sure the world knew about her granddaughter's impressive accomplishment in a gushing Instagram post on Saturday.

“Congratulations BLUE IVY on your NAACP award last night for [singing] and writing on 'Brown Skin Girl' from the Album The Gift," she wrote, along with a photo of Blue from the "Spirit" music video. "The youngest artist to win a major award Grandma is soo proud of you 8 years old!!!! You are giving all the beautiful little brown girls a voice."