The Golden State Warriors suffered a potentially significant blow Monday when DeMarcus Cousins limped off the court after suffering a non-contact leg injury.

The Warriors center chased down a loose ball in the first quarter against the Los Angeles Clippers during Game 2 of their playoff series. He fell down without being touched and clutched his left thigh before eventually limping off the court to the locker room.

Cousins returned to action midway through the season after a torn left Achilles suffered with the New Orleans Pelicans last season left him sidelined for several months.

The Warriors told TNT’s Kristen Ledlow that he suffered a quad injury and won’t return to the game. He’s scheduled for an MRI in the next 24 hours. 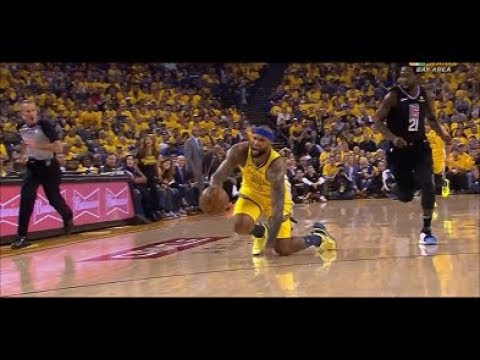