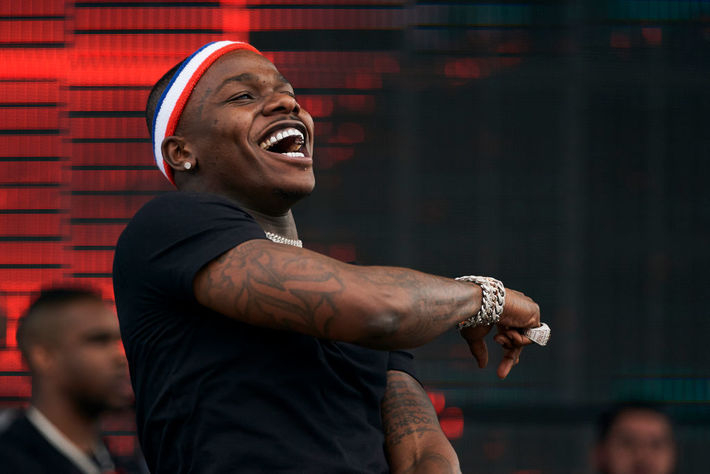 DaBaby's alleged crew got into an altercation with a rapper at a show on Friday night (May 17), which reportedly left the victim fighting for his life.

The Charlotte, N.C. rapper was headlining a show at the Centro Nightclub in Lawrence, Mass. Local rapper Don Trag was also on the bill. According to TMZ, before the show started, things went left when Trag asked to take a photo with the "Suge" rapper and was rebuffed. Trag reportedly got angered and started talking junk to the DaBaby's security. Witnesses say he touched one of the rapper's crew during the outburst, which caused the team to attack.

In video obtained by the celebrity gossip site, Trag is seen being manhandled by a large man, while others take free swings at him. DaBaby is seen in the background looking on. He was not involved in the melee. According to the club promoter, Derek Lemire, the rapper left without performing. Police arrived on the scene but were unable to locate willing witnesses.

After the beating, Trag was taken to a hospital by ambulance and later released. According to the victim's mother, he returned to the hospital after passing out at her home and is now in a coma fighting for his life, reports TMZ. The victim's brother tells the site he has significant brain and neck swelling and "is not doing well." Trag's family has reportedly contacted a lawyer about the incident.

DaBaby, who is heading out on tour with 21 Savage in July, has yet to talk about the situation via social media however his bouncer says claims of the victim being in a coma are false.