Colin Kaepernick has inked a book deal worth just over $1 million with Random House imprint One World.

Ex-San Francisco 49ers quarterback Kaepernick launched the current movement of NFL players protesting during the national anthem, and he’s recently filed a controversial collusion grievance against league owners. He’s still looking for a job in the NFL after opting out of his 49ers contract earlier this year. 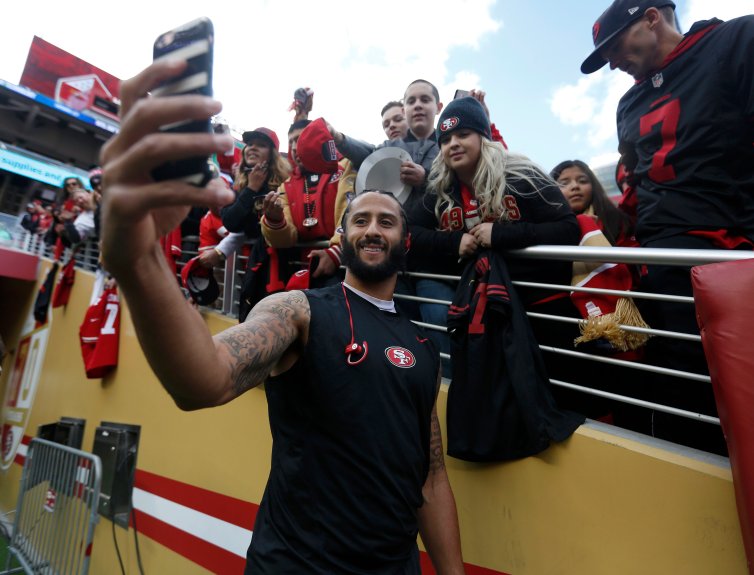 His campaign began last year, but the issue of NFL player protests has reached a new fever pitch after President Trump weighed in.

Kaepernick had been seen “taking meetings with publishers in the New York offices of WME” to shop the planned book. He’s repped as an athlete by agent Carlos Fleming, and the book deal, went through Andy McNicol on the Hollywood agency lit department.