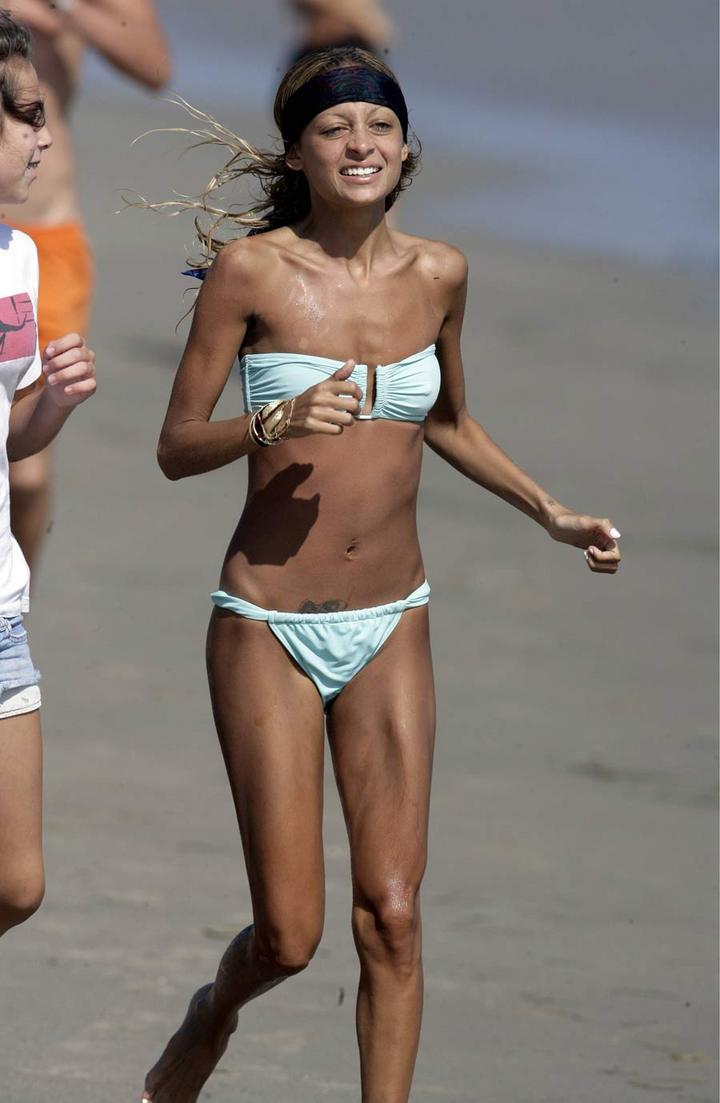 Nicole Richie is setting the record straight: she never had an eating disorder.
“I felt it was a little unfair to say someone has an eating disorder when they don’t. It’s extremely insulting and irresponsible,” the 28-year-old mother of two said in an interview in the latest issue of Marie Claire magazine. “An eating disorder is serious and it’s a disease.”

Critics point to photos from her past, like the infamous 2006 bikini photo which shows a bony, skeletal Richie running on a beach. But Richie also said that pictures like this were out of context.

“I think when you see me in person, you see that I'm, like, five foot one. I’m a small person,” she told the magazine. “When I was heavier, everyone said I was too heavy. You can’t win in the public eye and I find it really hard.”

Bone-thin photos are somewhat rare these days, as Richie has been busy having a family with boyfriend Joel Madden.

Since the birth of her daughter Harlow, 2, and then her son Sparrow four months ago, the starlet seems to be maintaining a healthier weight.

Though she told the Marie Claire she tries to ignore public criticism of her weight, there was one instance she couldn't ignore.

“The only time it bothered me was when I was in a store trying on shoes and these girls came up to me — they were probably like 13 or 14 — and their mother came over, and she said, ‘Are you taking care of yourself, because my girls think that you're not.’” Richie told Marie Claire. “That was upsetting.”