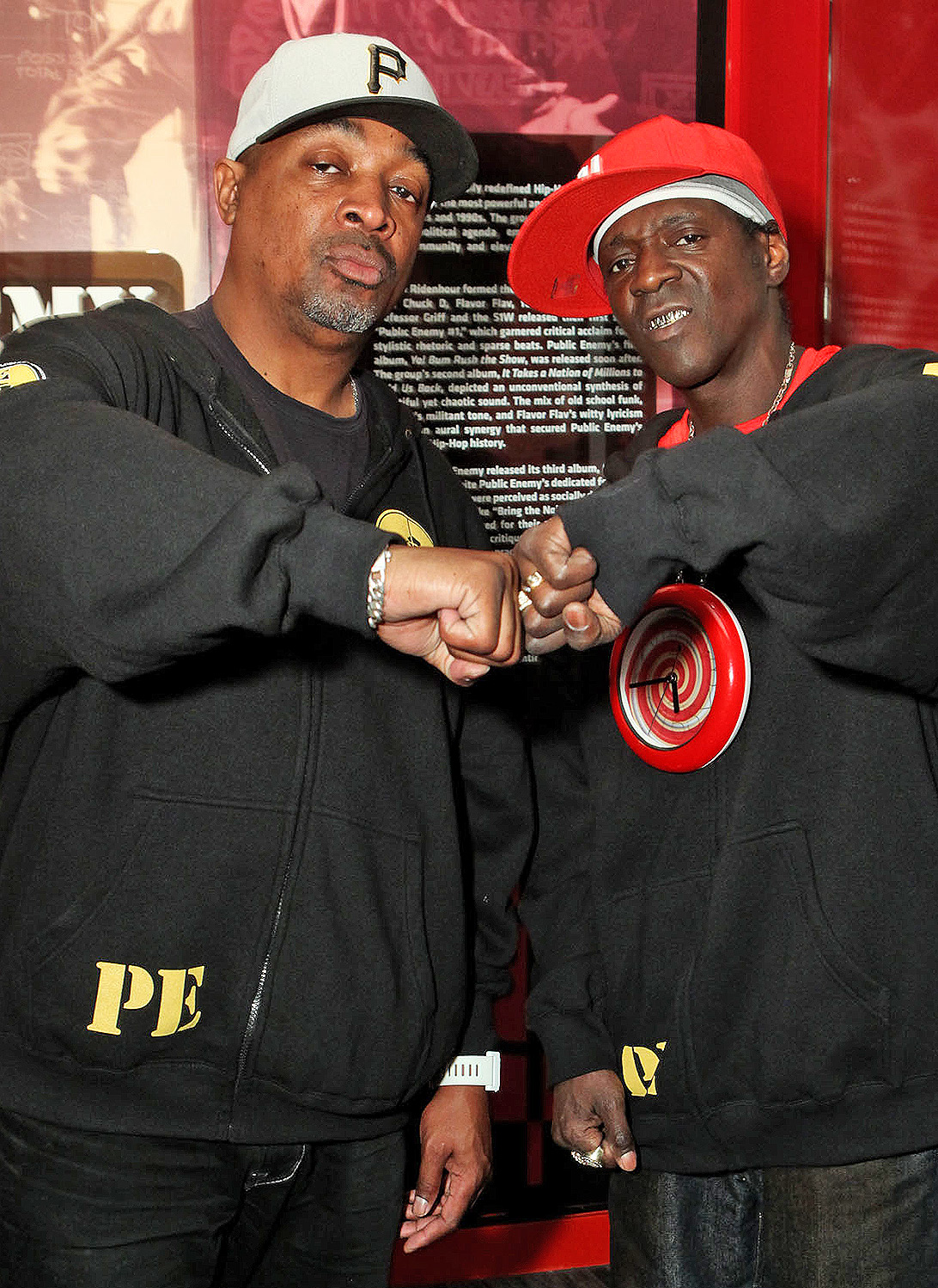 Dubbing it “April ‘FlavChuck’ Day,” the legendary rapper admitted the plan was initially to reveal all during Coachella, but that was scuppered when the festival was postponed over coronavirus fears.

“Covid smashed the date not the day,” he wrote on Twitter, saying of the hoax confession, “On April 1 this is OVER & WE bigger than Coachella.”

The feud was supposedly sparked by hype-man Flav’s fury that the band agreed to perform at a Bernie Sanders political rally without his permission. Chuck D announced on March 1 — exactly a month ago — that the band would be “moving forward without Flavor Flav.”

While announcing they are no longer public enemies, Chuck D said the stunt was just “crazy sht” to “wake people up.”

“The HOAX was a hoax for a reason … I was tired of bulsht,” he wrote on his Enemy Radio website late Tuesday — ready to be seen April 1 — complaining about “Hip Hop always getting a bad look” while “the good news never made the news.”

“Thus came the HOAX. A wake-up call,” he wrote, saying he was inspired by how Orson Welles’ 1938 radio hoax, “War Of The Worlds,” had “pulled the wool over the public’s eyes as they put 100% belief in the technology of radio.”

Chuck D said the “confused mush of political talk” made him want to “use a presidential stage as my platform.”

“Out of this storm came a plan between Flav and me to remind people that what’s important should have as much, if not more, value than just what’s popular,” he wrote.

“Thus came the HOAX, our ‘War Of The Worlds.’ Believe half of what you hear and NONE of what you see,” he said, calling it “‘Don’t Believe The Hype’ 2020 style.”

His confessional was conveniently timed for a series of publicity interviews promoting a new single, “Food as a Machine Gun.”