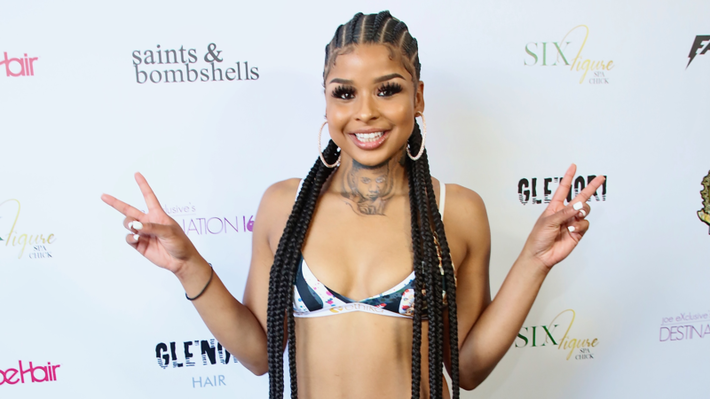 Chrisean Rock got into a physical altercation shortly after announcing she was pregnant with Blueface's child. Saturday morning in Chatsworth, near Blueface's home. We're told this fight you see here on camera followed what eyewitnesses claim was a bum rush attempt by Chrisean on Blueface dropping in on him at his house. Blueface was throwing a party at his crib to ring in his 26th birthday and that Chrisean crashed the shindig in an effort to pull him away. Blueface was trying to get away in his own vehicle with a gaggle of people following him, including Chrisean  and it all erupted in a massive brawl on the street down the block from his pad. Chrisean wearing the same pink track suit from earlier in the day getting Blueface to herself on one side of a car (presumably hers). She was trying to get him inside to leave with her. Instead, she threw hands with 2 ladies on the scene. Chrisean finds a way to her feet and in the end, eyewitnesses tell us she and Blue left in different vehicles.