Chris Brown Could Face Jail Time & Have His Probation Revoked 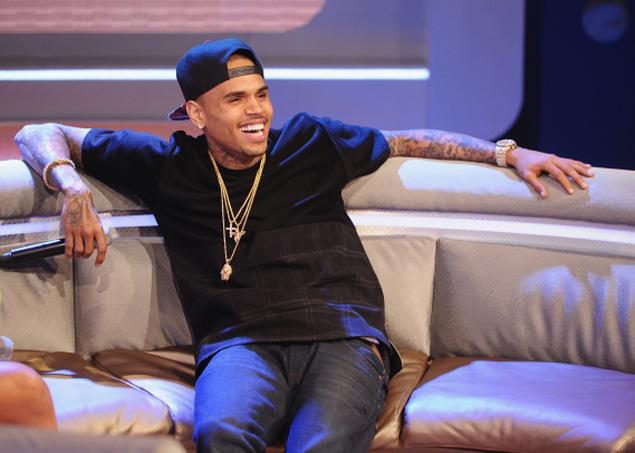 Chris Brown was expected to appear in court Monday on an assault charge after a fight broke out over the weekend near a Washington hotel, which could further snarl the Grammy Award-winning R&B singer's ongoing legal troubles.

Brown and another man were charged Sunday with felony assault in the altercation that started just before 4:30 a.m., D.C. police spokesman Paul Metcalf said. It happened near the W Hotel, not far from the White House.

The man who was attacked received treatment for his injuries at a local hospital and was released Sunday. Police wouldn't elaborate on his injuries but said the felony charge was based in part on the extent of the injuries. The victim's name wasn't released.

Christopher Hollosy, 35, was also charged with felony assault, police said. Police wouldn't say how Brown and Hollosy may have known each other.

Brown and Hollosy were being held pending a court hearing Monday, Metcalf said.

Neither Brown's publicists nor his attorney Mark Geragos responded to messages left Sunday.


Brown was in Washington to perform Saturday night at an event billed as a "Homecoming Weekend" party at a downtown club. Howard University was celebrating its homecoming, though a university spokeswoman said the party was not sponsored by or affiliated with the school.

Brown remains on probation for assaulting his on-again, off-again girlfriend Rihanna just before the Grammy Awards in 2009. The photos of Rihanna's bruised face caused outrage among many fans.

His probation was briefly revoked earlier this year after a traffic accident. A hit-and-run charge was dropped against him, but the judge gave him 1,000 more hours of community service when he reinstated his probation.

Brown, who lives in Los Angeles and is originally from Virginia, has been involved in other altercations since 2009. Police have said a 2012 brawl at a New York nightclub began when members of rapper Drake's entourage confronted Brown on the dance floor. Neither was charged in the fight that turned into a bottle-throwing free-for-all.

Brown also tussled with singer Frank Ocean and others during an argument about a parking space outside a recording studio in Los Angeles, according to witness accounts given to deputies at the time. Ocean said he suffered an injured finger, but no charges were filed.

Brown's arrest could affect his probation in the Rihanna assault case. Brown is due back in court Nov. 20 in Los Angeles to update a judge on his probation. Prosecutors could seek a revocation of his probation or ask a judge to impose additional penalties.

Steve Cron, a Los Angeles criminal defense attorney, said prosecutors and a judge may wait to see how the Washington case plays out before taking any action against Brown.

"Just the fact that some guy says `he hit me' doesn't mean he's in violation" of his probation, Cron said.

The potential penalties would depend on the exact wording of Brown's sentence, he said.

The DA was trying to get him violated for not finishing his community service.

Him catchin' a felony assault charge while on probation for his Rihanna assault case just makes it worst!