Chief Keef Taken Into Custody Following A Shooting In Chicago 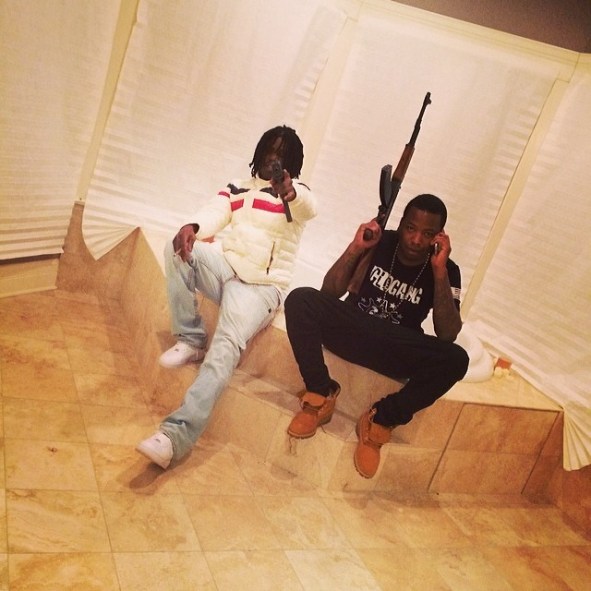 Complex has learned from a source close to rapper Chief Keef's camp that Keef was taken into custody following a shooting in Northfield, Illinois this morning, although the source could not confirm if he was still with police.

According to TMZ, Keef was present for the incident. One individual was shot, and taken to the ICU, according to the Northfield Police Department. Keef's lawyer was reached for comment, who told TMZ Keef was only present when shots were fired, and did not actually shoot a gun himself.

WGN news is reporting that the home in Northfield belonged to "possibly Keef's manager." Complex has confirmed through a source that this took place at the home of Rovan "Dro" Manuel, who is one of the members of Chief Keef's management team, although we could not confirm whether he was present. Our source, however, did say that Rovan "Dro" Manuel was not the one who had been shot, contrary to social media rumor.

WGN also reported that police were not giving much information, and that someone called into WGN this morning to say that "Chief Keef shot me."

A few days ago Keef posted a number of photos on Instagram, where the Chicago rapper is flashing off his gun with fellow GBE member Ballout. Keef is holding an Uzi, while Ballout has a AK-47 in hand.