CELINE DION SAY'S SHE WAS EXPECTING TRIPLETS BUT ONE OF HER BABIES DIED! 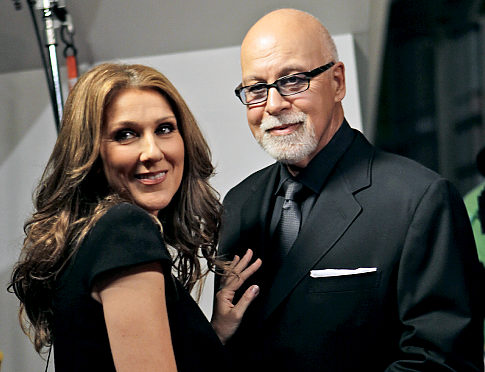 Good things come to those who wait, as in the case of Celine Dion and husband Rene Angelil, who recently welcomed twins Nelson and Eddy to their growing brood.
In a recent interview with Quebec TV's "etalk" entertainment show, however, Dion spoke about a tragedy that preceded the birth of her two baby bundles of joy.

She and husband Rene were originally expecting triplets, she revealed in the extensive interview.

Early in the pregnancy, Dion explained, just a few days after learning she was expecting triplets, one of their hearts stopped beating.

The singer, 42, has had a tumultuous time getting pregnant, including a very public miscarriage toward the end of last year, and several unsuccessful IVF attempts.

"It happens in life, in general, and people who are not on the TV or in the newspapers, they go through this all the time," she said of her 2009 miscarriage in a prior interview with the "etalk" host.

Of the tragic loss of her unborn child, Dion says in the video clip, "He chose to let go to give space to his brothers to grow."

Mom, dad, the twins and older brother Rene-Charles, 9, are currently resting happily at home with the help of three of Dion's sisters and her mother.